“Touch Wood” is used to express a desire to avoid “bad fate” after making a boasting statement (which seems too good to be true or very bad to happen). The phrase has been used as a superstition that by touching or knocking on wood we can avoid bad consequences which might result from some recent action we’ve taken or untimely boasting of one’s good fortune. Also, it can be a charm to bring good luck.

What is the origin of the phrase “touch wood” or “knock on wood”?

We did some research and came upon a few theories which define the different origin of the term “touch wood”.

In Pagan belief, people used to believe that evil spirits inhabit in these woods and on knocking the wood the evil inside it will not be able to hear what we just said and presumably will not prevent our hopes from coming true.

The other theory says that the tree and all natural objects were inhabited by God. The touch was meant for luck or protection. The touch was meant to absorb the evil energies. Earlier people would touch tree trunk, but now people touch anything made up of wood. Modern day generation even touches their head considering in good humor that their brain is a block of wood.

We much more support the latter definition of the “touch wood” theory as this goes with the Hindu tradition.

What’s the significance in other cultures?

The same “touch wood” superstition has found space in many other cultures and traditions.

For example, in the Arab world “امسك الخشب” (imsek el-khashab) is said and means to “knock on wood”. In Brazil, this expression exists: “bater na madeira”, which also has the exact same meaning.

Again, in Czech, the saying is “klepat na dřevo”. In Finland, it is “koputtaa puuta” and in Greek, “chtipa xilo”. Despite being on opposite sides of Europe, the phrase is used for the same purpose and it also means exactly the same as the English equivalent. In the USA the expression used is knock on wood.

In Sweden, the phrase “ta i trä” (touch wood) is commonly used as a part of the phrase “peppar peppar, ta i trä” (pepper pepper, touch wood), the double “pepper” also being used to ward off a temptation of fate.

It’s often shortened to just saying “peppar peppar” while knocking on wood. Both Trinidad and Tobago have a similar phrase for the same act. It seems that no matter where you are, it might always be better to touch wood for luck – just in case!

In India, it was said that the goddess “Saraswati” sits on everyone’s tongue for an instant, and whatever we say that moment would come true.

There is another superstition which is very similar to “touch wood” in India commonly known as “Nazar lagna”. In this, it is said that appraising something too much or feeling jealous of.

“Touch-Wood” has become quite popular in today’s generation and you would often find people using it to avoid any misfortune. 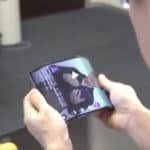 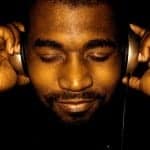