A blog or news article’s headline is the single most important factor in determining if it will sink or swim. If the headline cannot get people’s attention and make them want to read the article to which it is attached, then the article itself may not have been written at all.

It can be difficult to construct a really attention-grabbing headline, and, as a journalist, there are a few things about building a successful headline I wish someone had told me on day one. It would have saved me the long and tedious process of trial and error that allowed me to finally get some exposure with that one crucial line of text.

So that you can go into the business having the advantage I didn’t have, here are a few of the top tips for creating winning headlines.

1. Make It Short and Sweet

Which looks more appealing to you: a headline that begins with a few words and trails off in “…” or a short and complete headline that gets to the point? Unless you are in the vast minority, you will pick the latter. Google does not actually penalize longer headlines, but from an organic search perspective it is a good idea to keep it short. Headlines are usually cut off and ended with “…” if they are longer than 66 characters, although social media embeds or entries in Google’s news functionality have different character limits than a general web search.

2. Use Superlatives and Intensifiers

Modifying one of your headline’s key adjectives by adding an “-est” to the end or a “very” before the word might seem like it’s unnecessarily upping the character count, but it really is worth it. Correct use of these or other “enhancers” lends your headline a sense of urgency that will catch people’s gaze as they are skimming through Google’s results previews. Of course, make sure the headline also contains some useful information so that the audience is persuaded to read the article after being hooked.

Even when people are searching for fact-based news, nothing pulls them in like emotion. Whether that emotion is anger, misery, excitement, gladness, etc., it humanizes the article and makes it a more tantalizing read. Describing the main subject of your article or their actions using an emotional descriptor like this is a great way to draw in readers, who, despite what they might say, want to be made to feel something.

It’s hard to say why, but people have, since they were walking around in loincloths, loved some good ole’ fashioned dirt. In the 21st century, many people indulge that desire by clicking on headlines that suggest something not exactly known to the public might be going on. You should never flat-out deceive in the headline, but alluding noting in the headline that “something odd” is going on or that your article subject is doing something “in secret” might really help views.

You may be aware that Google assigns each of its indexed articles a ranking, and those with a higher ranking appear higher up in the search results. A big part of the ranking relies on whether the vocabulary used in the headline is distinct. In other words, headlines that use different words than other articles regarding the same subject, even if those “different words” are synonyms, will rank higher. Using different vocab will also make your article stick out organically. For both these reasons, take a few extra seconds to replace your headline’s key words with interesting synonyms if there are already other articles about the same subject being published.

6. Focus On the Extraordinary

If there is any aspect of the story you are covering that is particularly strange or evocative, even if it is a relatively small part of the incident, play it up in the title. Obviously, larger-than-life concepts catch people’s attention.

Above all else, never be flat-out untruthful in your headlines. It reflects terribly on you as a writer and may very well have disastrous repercussions for the site on which the headline is published. That being said, a headline should be angled in a way that raises heads. There are a million different ways to phrase any headline, but the six quick tips above will lead you to a few of the most effective ones. 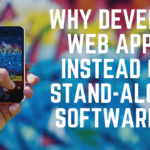 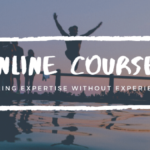