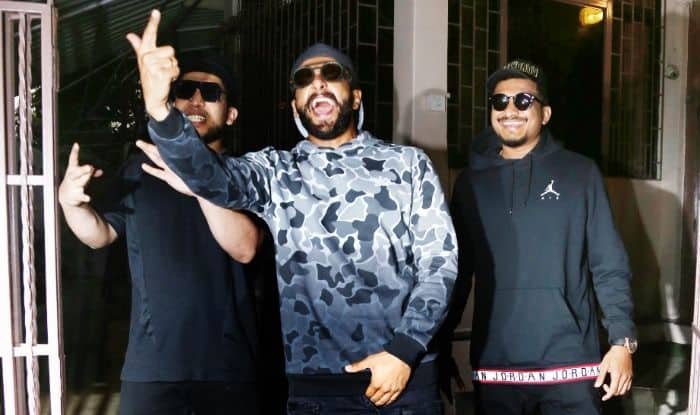 How Much Of “GullyBoy” Was Based On Real Events?[Divine & Naezy]

GullyBoy is loosely based on the life of Divine and Naezy, we say loosely because a lot of things shown in the movie never happened. Let’s have a look at what are the facts and what is fiction.

The movie features Ranveer Singh as Murad aka Gully Boy. Murad is based on Naved Sheikh aka Naezy. We could see a reflection of Naezy in Murad. Ranveer Singh has done a good job at perfectly copying the way Naezy speaks, looks, walks and his behavior in general. Even the way he behaves in his songs, body language and pretty much everything.

Divine is played by Siddhant Chaturvedi as MC Sher. The name “MC Sher” is based on the famous song by DIVINE “Jungli Sher”.

In GullyBoy, Murad is mentored by MC Sher. This is true to some extent as Naezy was already producing rap songs way before he met DIVINE. Their first collaboration was with the song “Meri Gully Mai”

The song “Meri Gully Mai” is an exact copy of the real song. The parts of the songs which were sung by Naezy were instead sung by Ranveer Singh.

Do you know Naezy didn’t sing a single song in the movie Gully Boy? Why? Because he was in Dubai, reconnecting with his father. He recently returned from Dubai right before the release of the film.

I come from an orthodox Muslim family and I grew up in Kurla, a Mumbai neighborhood known for all things bad. Growing up no one wanted me to pursue rap as a career. There were a lot of problems, local fights, people from the community asking my parents to not let me pursue songs and raps etc. But I just wanted to produce good songs. I knew the image of hip-hop was not very good, but I fought.

Meri dadi aur unki side se sab shaayar the. So I explained to her and mom first, that hip-hop is new age poetry. I told them that I am expressing my emotions through these songs. Now my mom understands, but my father is still not convinced. He still says, ‘shauk ke liye kar lo par baad mein job toh dhundna padega’. It affects my work at times, but I fight for that expression.

Murad’s childhood is a lot similar to the one shown in Gully Boy. Naezy was involved in various petty crimes before he chose the of music. He and his friends would steal things and commit other crimes associated with life in slum areas.

Murad is from Dharavi and Naezy is from Bombay 70 (Kurla). We are really not sure why would the movie-makers do this? Naezy loves Bombay70 and is a proud K boy. His one of the most famous of rap song “” was shot entirely in the street of Kurla. Even “Meri Gully Mai” features real locations in Kurla where Naezy grew up.

There was no Rap Battle competition for opening in Nas

The Rap Battle which made Murad famous is fictional and Naezy became famous only from the power of his songs. His path to fame was really fueled by his tour in the .

You can see the video Naezy made while touring UK

The movie also features a of other rappers and during the rap we can see all these famous rappers such as Kaam , Emiway , Dopeadelicz, 7 Bantaiz and many more. Even the judges in the Rap Battle shown in the movie are real musicians including “Raja Kumari” who collaborated with Divine on song “Slum”.

The scene where Murad is selected in top finalists, all other participants are famous Indian rappers.

Despite all the divergence from real facts & scenarios, we are really glad that Zoya Akhtar tried really hard to make the film look as authentic as it is. The people who Gully Boy battles with is real.