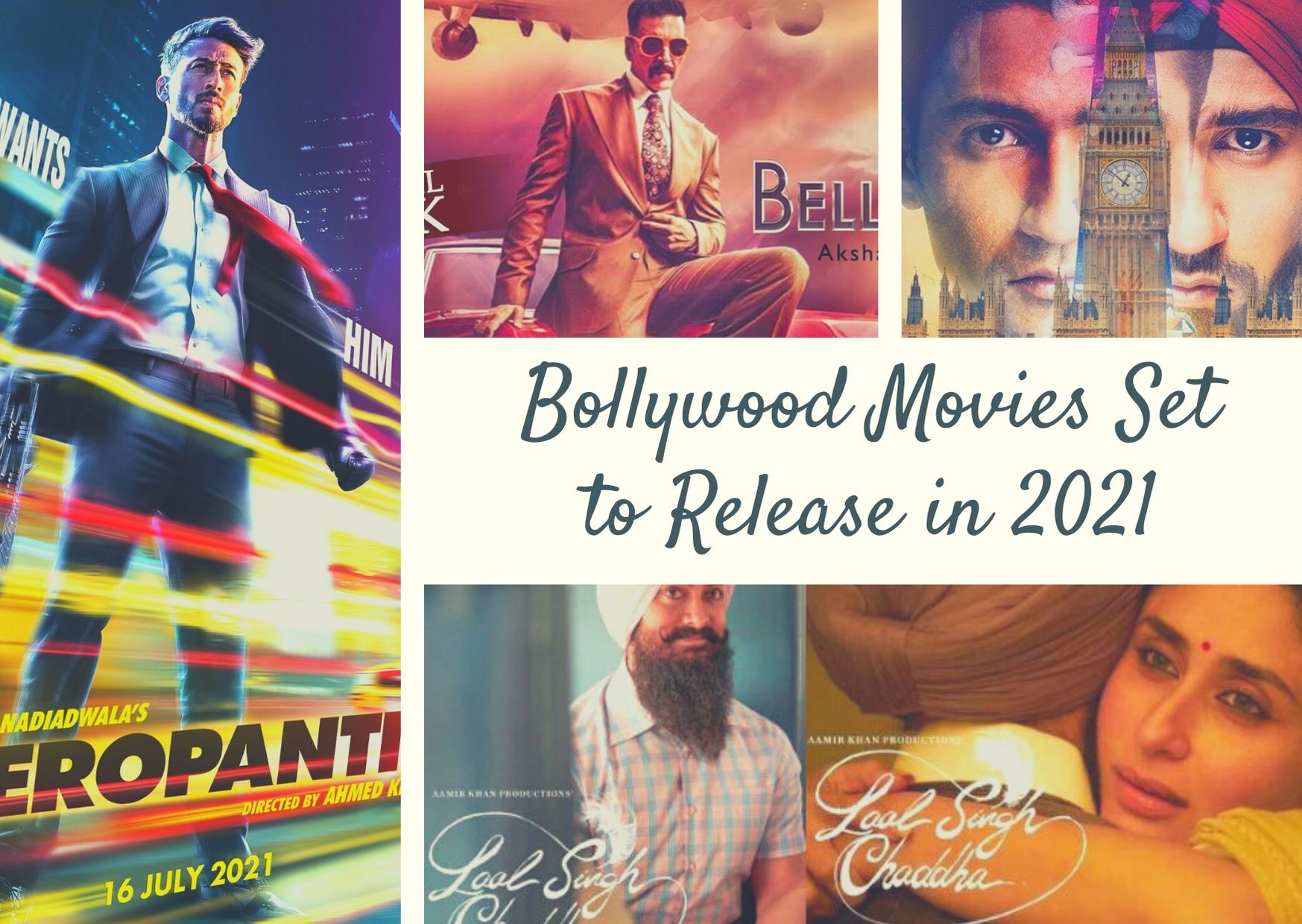 There is so much that we are looking forward to from the next year- a normal life, going out, shopping, traveling, and definitely binge-watching Bollywood movies in theatres. So here is a quick list and a tempting overview of the movies that are set to release next year.

Starring- Varun Dhawan, Bhumi Pednekar, Jahnvi KapoorThe first look of the movie poster had even Shraddha Kapoor from the same fraternity tweet her reactions, she wrote “seems like you stole my dad’s kaccha. Love it chirkut”. Cannot wait to see this ROFL comedy, the poster is interesting itself, shows a half-naked Varun Dhawan who is playing the lead role in the movie, with a fanny pack around his waist and a rifle in one hand, the poor lad looks completely shocked and dismayed. The film’s director Shashank Khaitan described it as ‘maha entertainer’. Loads of funny comments and encouraging notes are flooding over tweets for this movie as per the latest Bollywood news, funny comments from heart emojis are encouraging the release of the Dharma Production movie on 1st January’2021.

Directed by the talented Mohit Suri and starring brilliant actors like John Abraham, Aditya Roy Kapur, Disha Patani, and more, is set to welcome us on the 8th of Jan. As the name suggests, this will be a sequel for the brilliant movie-Ek Villain. An action-packed thriller is what the movie will be based on. According to some inside Bollywood sources, this movie is Mohit’s attempt to show the darker side of the human mind to the world. Interestingly, this movie is being talked about as the battle between two villains, John and Aditya- both so handsome, not sure who to root for? Ek Villain 2

Personally too excited for this Soojit Sircar direction on screen. Actors like Vicky Kaushal and Binita Sandhu in lead roles, this is to be released on the 15th of Jan. We can only say that this will be a serious Bollywood movie from the first looks of the posters featuring Vicky in a hat and stooped down the head. The expression says that he is a man who is not to be taken lightly.

Directed by Farhad Samji and starring Akshay Kumar and Kirti Sanon in lead roles. According to the latest Bollywood news, this movie will have all the action that one desires from the action hero Akki. There is not much being talked about the plot of the movie but the posters have Akshay in different looks- hmm! Twitter is not giving out much either other than hashtags and loads of hype. The mystery will be unraveled on the 8th of Sep. Bacchan Pandey

Building curiosity from every aspect is the Ajay Devgan starrer, and home production backed movie set to release on the 12th of Feb. This will be a remake for the Tamil film by the same name. This is to be an intense action-thriller involving drugs, robbery, and murder. Devgan is known for his rich performance and this is guaranteed to satiate our suspense seeking demeanor.

Starring Akshay Kumar, Vanni Kapoor, Huma Qureshi, Lara Dutta, and more. Directed by Ranjit M Tewari this will be released on the 2nd of April’2021. The movie is a spy thriller and is being talked about a lot as this is being shot amongst the Corona Virus pandemic. The movie has been made with inspiration from true events and the backdrop of the movie shows a 1980 atmosphere and tells us the story of one forgotten Indian hero.

Starring Salman Khan and Pooja Hegde in lead performances. This is a Fahad Samji directed is to be released EID this coming year. We do not know much about the film’s plot yet but guessing with Sajid Nadiadwala having written it. This might be an action, comedy, and an extravagant colorful one.

Ofcourse we have Tiger Shroff in the lead here, being directed by Ahmed Khan under the banner of Nadiadwala Grandson production this is to be released 16th July’ 2021. The tweets shared by Taran Adarsh tell us that this will be neck complete action chock-a-block and full blast entertaining.

A lot of veteran brilliant names from the industry on this one- Aamir Khan, Kareena Kapoor Khan, and Vijay Sethupati in lead roles. Directed by Advait Chandan and jointly produced by Aamir Khan Productions and Viacom 18 Motion pictures, this is a comedy-drama somewhat based on the evergreen movie the Forrest Gump. The movie will be shot in more than 100 locations in India and is expected to be a classic like the ones this duo of Aamir and Kareena has given us before. Will be released in Dec’2021.

We have a big list of our favorites here- Ranveer Kapoor, Kareena, Alia, Vicky Kaushal, Bhumi Pednekar, Jahnvi, and Anil Kapoor. Directed by Karan Johar, this is set to come on-screen on the 24th of Dec’2021. We do not have much but given the first glimpse of a quick clip, according to some inside latest Bollywood news, this will probably be a story from the pages of history telling us tales of the past and the forever quest for the throne. Takht