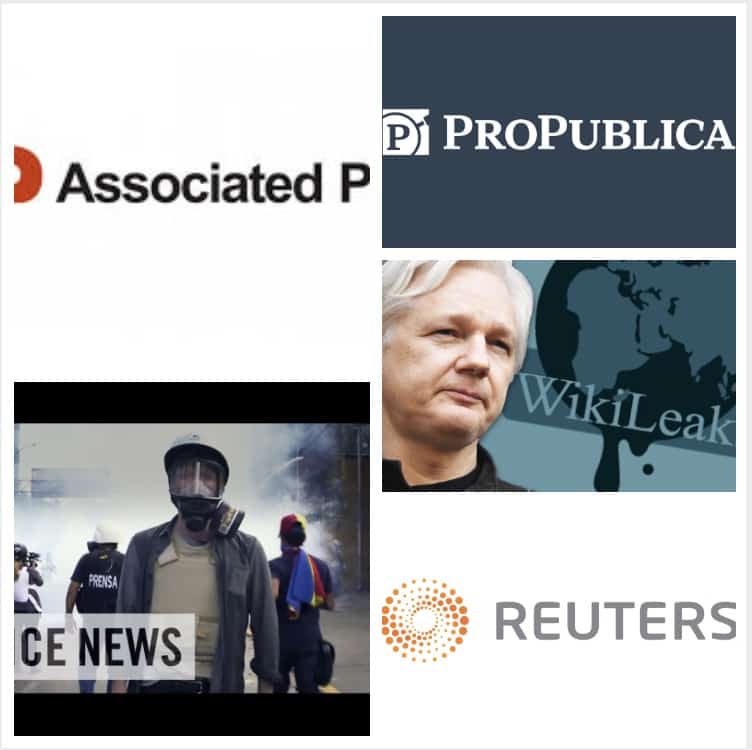 Today all news channels are either aligned to a Political Party or are funded by some Billionaire. But still, there are some news agencies which work hard to show the real truth. Here is a list of top 5 such news agencies that provide unadulterated, trustworthy and unbiased news.

The journalist from these five news sources had been threatened for life, imprisoned and have been shot at various times.

Wikileaks was founded by Julian Assange to provide a platform for publishing leaks to expose governments and organizations of corruption. The website became famous in mainstream media with the publishing of CIA Hacking Tools & espionage by Edward Snowden. The website now hosts over 10 million documents. WikiLeaks hosts documents such as “NSA Targeting World Leaders“, “leaked emails from Clinton” and “confidential war logs from Iraq“.

Vice News is probably the boldest news outlet of the current times. Vice News promotes itself on its coverage of “under-reported stories”. Vice News’s youtube channel is immensely popular where they frequently post news reports on unique topics. Vice news has been applauded for their eye-opening documentaries such as SOFEX: The Business Of War, The Gun Markets Of Pakistan, Bride Kidnapping In Kyrgyzstan and The Vice Guide To North Korea

Associated Press is a not for profit news agency with its headquarters in New York City. You must have read hundreds of articles citing their source as AP.

Reuters is part of Thomson Reuters and has nearly 200 locations around the world.1 billion people worldwide read or see Reuters news every day. Reuters employs over 2,500 journalists and 600 photojournalists in about 200 locations worldwide. Reuters also published the Reuters Handbook of Journalism as a guide to be used by its journalists. The guide is meant to provide guidelines for fair presentation and disclosure of relevant interests, to maintain the values of integrity and freedom upon which their reputation for reliability, accuracy, speed, and exclusivity relies. Reuters is frequently referenced by almost all major news outlets in the world.

ProPublica is a non-profit newsroom. They work independently and produce investigative journalism with moral force. They are known to dig deep into issues and have exposed misuse of power and abuse of public resources. Some of ProPublica’s world-changing stories include revealing details about a massacre in a small Mexican town, Disclosed the consequences of fracking and created & manage an interactive database of US lawmakers called RepreSent.

Which news agency do you think are the most biased? Which ones do you actually trust?