It was October of 2000, and all of us swarmed around a guy who was glued to his radio. “Bhaiya, score kya ?” (Bro, what’s the Live score) we asked the guy as India was playing Kenya, in the Knock Out 2000 tournament. Practically, radio and a public tv at some shop were the only ways in those days to get live score while on the go.

I still remember when Dhoni made his maiden hundred against Pakistan at Vishakapatnam. I was at school; a friend of mine had brought a small FM with earphones. In each period he used to go to the washroom to know the score and pass the chit with the Live score. When Dhoni scored his hundred, the message on the chit was,

The kids these days won’t be able to comprehend the feeling of hiding their emotion in the class or hearing “BSNL Chauka Connecting India” or the voice of stumps getting knocked over, over the radio at a public place.

Luckily, the times have changed and now Live score is just a click away. (Just a little sneak in your phones would do) And it isn’t just about International Cricket anymore. Many T20 leagues have raised our craziness for cricket. From IPL (Indian Premier League) to the latest entrant, Afghanistan Premier League, many franchise leagues make the international cricketers (even the ones retired) roam around the world to keep their fans entertained. And aren’t we entertained?

We love this sport so much that it was inevitable to fantasize our dream 11 comprising of players from different nations/teams. That’s why when the concept of fantasy league was coined, we welcomed it with open arms. There are many fantasy leagues out there, but today we are going to talk about the one which is making waves with its user-friendly interface, easy process and attractive prizes to be won, Dream11.

Dream11, founded in 2008, provides you with the platform to select your match, make your dream team comprising of players from both the sides and then compete with your friends and strangers for exciting prizes. Though the game requires about the sport, attention to details like team composition, past records, (you have to be Dimaag Dhoni) the process is extremely easy.

And if your judgment, guesswork, and luck all are on point, you win. It’s that simple. It’s that difficult.

It also covers fantasy league competitions like NBA, Football and Hockey (if you have other preferences), but it’s its smooth UI and transparency in competitions, that make it a winner among its competitors.

And hence, we need the live update, ball-to-ball coverage with commentary, news about the squads (you have to lock in your team before the toss), more than ever.  After all, now mere asking, “Bhai, score kya ?” won’t answer how well your Dream11 teams are performing. 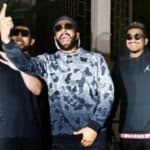 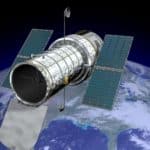