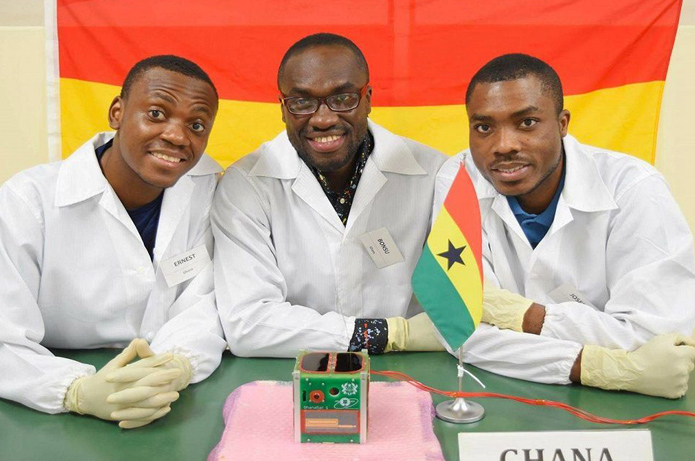 GhanaSat made it’s way to Earth’s orbit makes Africa one of the few countries to launch a satellite into orbit successfully.

The “CubeSat” was built by the Ghanaian engineering team at All Nations University. The satellite was delivered to NASA’s International Space Station in June on a SpaceX rocket that took off from pad 39a at Kennedy Space Center, a NASA spokesperson confirmed.

The GhanaSat-1 deployed into orbit from the Center in July, and is now operational, according to project manager Richard Damoah, a Ghanaian professor and assistant research scientist at NASA.

This particular satellite has two missions:

Ghana’s President Nana Akufo-Addo applauded the launch and congratulated the team directly, the project did not receive official Ghanaian government support, according to Damoah. Instead, Japan’s national space agency, JAXA, provided the bulk of the resources and training to develop the satellite.

Do you know how many Moons are there in our Solar System?

Why Taking a Picture of A Black Hole Is Important?