The idea of a universal basic income, or UBI, is where the government provides everyone, regardless of means or social status, with income regularly and securely. The amount of money supplied by the UBI is intended to cover the cost of living and provide financial stability and security for the receiver, reducing reliance on other government benefits or replacing the need for them entirely. These additional benefits include programs such as welfare and food stamps.

As governments have considered universal basic income, the plans have varied on who would receive this sum of money and who would fund it. Does everyone receive it, no matter how much they are earning from their regular work? Or is it just for those who sit below the poverty line, regardless of whether or not they are working? Is it for those who have lost their jobs to new technology like artificial intelligence or robotics? Do those who live lavish lifestyles and earn hefty incomes still receive the basic income? Even though universal basic income is not new, there is still much debate around how the government could choose to implement it.

A couple of notable names have come up with theories that a UBI can help abolish poverty. Martin Luther King stated that income guarantees could help solve the poverty problem throughout the world. He felt that by guaranteeing basic income to all, the United States could reduce the gap between the wealthiest people in the country and the poorest. Mark Zuckerberg, Bill Gates, and some of the other most affluent people in the world have agreed with the idea.

Chris Hughes, a co-founder of Facebook, had also mentioned the idea of universal basic income in his book, “Fair Shot.” He claimed that those earning less than $50,000 per year should receive at least a $500 guaranteed income per month. Hughes also claimed that with the cash increase, all other outcomes follow, including health, education, and even student debts. UBI is the solution he looks at for the inequality that many countries experience, where the rich mostly get richer, while a vast majority of the poor get poorer. Wealth is not readily circulated and stays within the same few who can get their hands on it.

The prominent injustice in the economy has sparked a new conversation about how universal basic income can potentially alleviate this massive wage gap and inequality. According to economist Branko Milanovic, the income of individual countries’ middle and lower class citizens have plateaued, while the wealthiest 1% have seen an increase. However, debates are still going on about the pros and cons of implementing a UBI.

However, there are still a multitude of negatives that exist. UBI proposals have yet to come up with specifics like how much each citizen would receive. The vagueness leads to disconnect or conflict.

A universal basic income can also increase the risk of inflation since more people will have the extra cash to pay for more goods and services. With more people driving up demand for these things, not all retailers and manufacturers will have the same urgency, and their inability to try and produce more can also demand a price increase. With inflation present, standards of living can even stay the same. Depending on the amount that families are to receive, if it’s a fixed sum, it won’t necessarily provide for all that a family may need, especially larger families below the poverty line.

A guaranteed income can also push people towards idleness, as they will think jobs are optional, instead of essential. It would push people that are already working not to work as hard, as some would have another income to fall back on. Instead, they would choose to live on their UBI rather than find work, letting the labor force rate fall drastically.

Such cons for these plans make it difficult to even think of implementing in different countries with stable economies, like the United States. A guaranteed income could be too expensive as opposed to welfare programs and would add to the already high deficit of the country’s budget.

Although some states and different countries have started practicing this, there is no guarantee it will be implemented for the whole country. 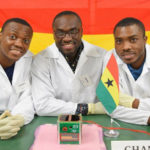 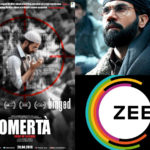