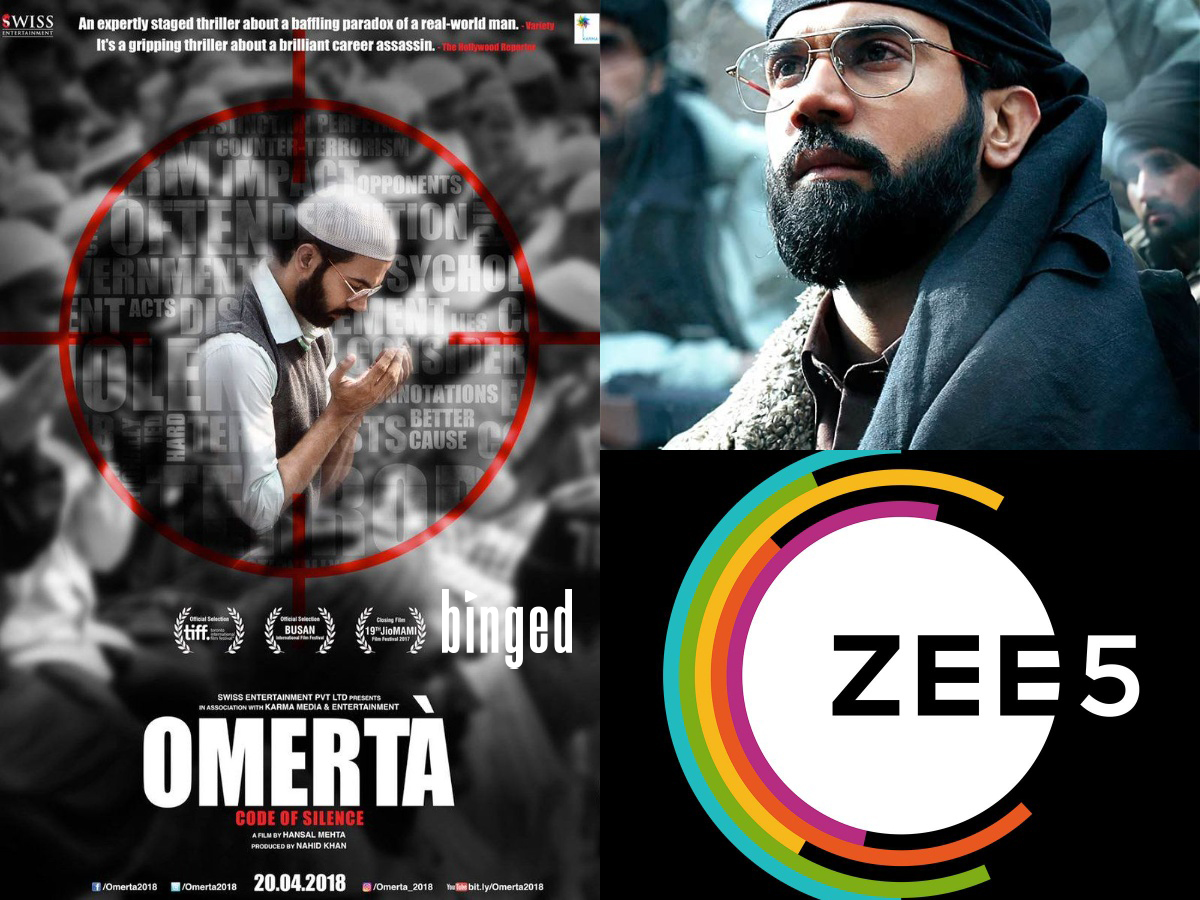 Before we attempt to share our views on this masterpiece, it is imperative that we take a moment to appreciate the director Hansal Mehta who dared to make an offbeat movie like Omerta with all the risks involved both in the Cinema and the Political world.

This movie portrays how a gullible youth’s mind is taken advantage of by false preaching and understanding of religious acts of valor like Jihad. It shows the very morbid and scary part of the cruelty, betrayal, and terror that we humans are capable of under the excuse of theology.

Humanity was crushed with the terrorist acts of 1994 with the abduction of four foreign tourists in India. They were lured and held hostage by Pakistani terrorists who demanded the release of 10 militants imprisoned in  Kashmir.

Ahmed Omar Saeed Sheikh, the role played by Rajkumar Rao was the mastermind and the main convict. Sheikh is also responsible for the 9/11 terror attacks and plotting the murder of ‘Wall Street Journal’ journalist Daniel Pearl.

We have to applaud the on-screen performance of Rao in this 96 minutes long tour de force. He has claimed this to be his best work and also confesses being disturbed with the feel of the character being weighed down on him. I think I was so moved by his portrayal of Ahmed Omar Saeed Sheikh that I cannot place any other actor playing his part. He was able to wear the skin of the terrorist that he played so well that watching him will give you chills down your spine. We totally admire Rao for this brave step in his career because the audience might never have overcome the strong detestation of the character that he played, which somehow could have them dislike him too.

The direction and cinematography of this movie have been broadly admired. There are several real-life footages incorporated in the film which was purchased from different sources of the Indian Airlines flight 814 hijacking, media footage following the September 11 attacks.

The hard work was paid off when the Central Board of Film Certificate passed Omerta with an A certificate with only two cuts.

ZEE5 brings to you the lifetime opportunity to watch this epic movie by clicking on https://www.zee5.com/movies/details/omerta/0-0-189437

ZEE5 is also your one-stop shop for all your movie needs. Visit us anytime, anywhere on https://www.zee5.com/movies/