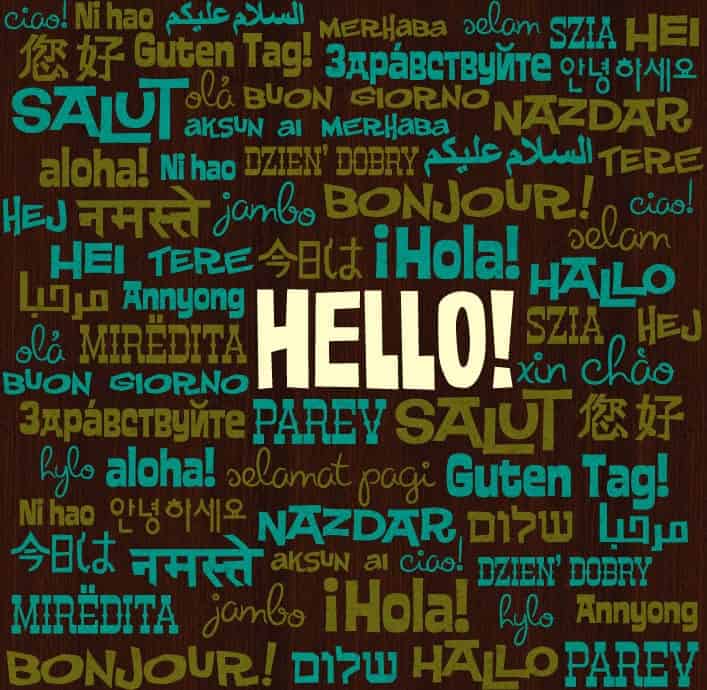 “Hello” has been accused of being the most said word ever thanks to our numerous telephone calls. So we thought of just researching that from where actually this word came from and how it become a popular way of greeting someone on telephone.

According to the Oxford English Dictionary, hello is an alteration of hallo, hollo, which came from Old High German “halâ, holâ, an emphatic imperative of halôn, holôn to fetch, used especially in hailing a ferryman.” It also connects the development of hello to the influence of an earlier form, holla, whose origin is in the French holà (roughly, ‘Whoa there!’, from French là ‘there’). As in addition to hello, hallo and hollo, hullo and (rarely) hillo also exist as variants or related words, the word can be spelled using any of all five vowels.

The main mind behind greeting someone with a “hello” on the phone was started by Thomas Edison. According to one source, he expressed his surprise with a misheard “Hullo”.

However, in 1877, Edison wrote to T.B.A. David, the president of the Central District and Printing Telegraph Company of Pittsburgh:

By 1889, central telephone exchange operators were known as ‘hello-girls’ due to the association between the greeting and the telephone.

Hello, may be derived from Hullo, which the American Merriam-Webster dictionary describes as just a “British variant of hello,” and which was originally used as an expression of surprise, or a greeting. Hullo is found in publications as early as 1803. The word hullo is still in use, with the meaning of hello.

One might assume that “hi” is an abbreviation of hello. In fact, the first recorded use of “hi” as a greeting comes from an 1862 speech, given by a Kansas Indian. It is also thought that “hi” is probably a variant of the Middle English “hy”.

Hello is one of the most frequently used words in everyday speech, but it wasn’t recorded until around 1883. Its earliest ancestor, hallow, dates back to at least 1340 and was used by Chaucer. Hallow probably derives from the Old French hallo-er, meaning “to pursue crying or shouting.” Hello came into fashion with the invention of the telephone late in the 19th century, replacing the earlier variant hullo.

Alexander Graham Bell first exhibited his telephone at the Centennial Exposition in Philadelphia in 1876 and by the mid-1890s, about 300,000 phones were in use. By World War I, the number reached 10.5 million. Learning to use this new device, Americans wondered what to say to start a telephone conversation. Bell’s choice for an initial greeting was “Ahoy.” Others argued for more formal greetings like “What is wanted?” or “Are you there?”

In 1877, Thomas Edison, the famous inventor who developed the first practical telephone transmitter, solved the problem by introducing “Hello!” as the standard English telephone greeting. The word had been around for a little while; Mark Twain had used it in Tom Sawyer. But why Edison chose to use it is not known. Whatever the derivation, hello had become standard by 1880 when Mark Twain used it in his comic sketch, A Telephonic Conversation.

“Hello, World”. The above is taken as the output in most programming books as an example for the simplest program. This became popular after the release of – Programming in C: A Tutorial, which used this to teach C. The program was –

Well, the origin of hello is very much shaded, but still, we all just use the word. Maybe, we couldn’t find something better. Well, whatever it may be, we are stuck with “Hello”. 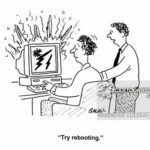 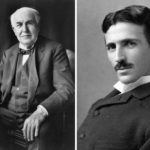