The names of Indians holding Swiss bank accounts may be revealed by WikiLeaks sometime next year, its founder Julian Assange said on Saturday.

Assange, who is under house arrest in the UK, said this through videoconferencing during a conference held in Delhi , that whistleblower Rudolf Elmer, who passed CDs containing information to him, is undergoing trial and it would not be proper to make disclosures at this juncture.

The CD was already given to Indian authorities a while ago by Swiss Bank officials. The government has been delaying the revelation of names from a while. Congress has not done anything and surprisingly the Opposition BJP hasn’t put a bit of pressure on Congress for this.

Most probably it has names from both the ruling and opposition party, and we expect a lot of big names to come on the list.

“For that reason, unfortunately , I cannot speak about information related to Swiss accounts in great detail… we must protect our people,” he added.

Assange said governments in some countries are “sucking out” data from emails and internet transactions and passing on this “economic intelligence” to companies like Wal-Mart . He made some startling revelations about “hacking” and “hijacking” of data of unsuspecting people. Assange maintained that NTRO, which he termed was India’s equivalent of National Security Agency of the US, was engaged in similar kind of surveillance under the cover of keeping track of “Islamic terror”

Get the latest from WikiLeaks on India here – http://wikileaks.org/wiki/Category:India 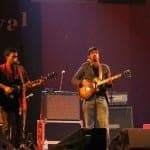 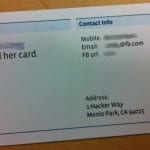