Feature Films has been a source of entertainment from the early 20th Century. The first motion pictures in India was made by Dadasaheb Phalke, “Raja Harishchandra” which was a silent film, released in 1913. Since then, we have seen multiple changes in the motion pictures, with the introduction of sound, and later colors were added to glorify the screens and attract the audience with its energetic and pop appeal. The first color introduced were ‘Eastman Colours.’ With the introduction of sound to feature films, music became an essential part of the entertainment industry. However, the one common aspect throughout the evolution of this $100 Billion industry is that a great motion picture must have an excellent storyline.

The storyline is what keeps the audience in their chairs. Storylines in multiple genres have proven to be blockbusters. However, the most interesting storylines are unpredictable, where the makers have done something not done before and the audience are left wondering what is going to happen next. However, there are some amazing movies with simple storylines yet turn out to be an excellent film.

Well, here we have a list of 10 must watch simple movies with great storylines. Before we get started, this list is a spoiler alert for some of the best films in Hindi cinema.

A classic feature film directed by Basu Chatterjee that beautifully portrays the love story of two individuals living in Mumbai and working in different offices. What’s common between them? They travel from the bus stop on the same bus to work every day.

A hilarious plot with simple dialogues and awesome acting by Amol Palekar, Vidhya Sinha, Asrani and the great, Ashok Kumar who would melt you and refresh your mood even in the worst times.

The naïve Arun is the dream man of every Vidya.

A classic tale of a rift between the rich and the poor. Shekhar and Sanju compete to woo Shekhar’s classmate, Devika, a rich spoilt brat who seeks revenge from Sanju for insulting her unknowingly.

An interesting plot develops when various characters get involved in the mess and result in an underdog victory for the Intercollege Cycle Marathon.

An off-beat film starring a fine cast of Shah Rukh Khan and Alia Bhatt in the lead roles. The film portrays the internal (mental) struggle of a budding cinematographer, Kaira, to find happiness and solace with the help of her therapist, Jags. A must watch for the millennials. The movie portrays a simple message, “The answers to all your questions lie within.”

Another by Basu Chatterjee in this list. The film is about a young Catholic couple living in different parts of Bandra, Mumbai. They fall for each other on their commute to their respective offices.

A star cast with the most humble and simple looking actors steal the show and adds a flair of simplicity. Baaton baton Mein is an all-time classic chick-flick that gives a hope to every boy that he will eventually find love, even on the Mumbai local.

The story of a humble man who is battling the last stage of cancer. The always full of life, Anand, teaches his doctor the art of smiling and staying happy with anything that life throws at you. A classic starring Rajesh Khanna and Amitabh Bachchan, this is a must watch for everyone and for all the age groups.

The only coming-of-age on this list. A perfect Bollywood masala film directed wonderfully by Ayan Mukherjee, starring Ranbir Kapoor in the title role.

The film portrays the maturity of a spoilt rich brat and his struggle with his parents and himself to find sincerity and discipline in his professional life. Sid (Ranbir Kapoor) is extensively supported by his patient female counterpart, Aisha (Konkana Sen Sharma) to put his professional as well as personal life in order.

One of the first satirical comedy in Hindi Cinema. A well-directed film with a simple, yet tangled storyline plotted around the societal tragedies like corruption, politics, injustice, and scams.

Jaane Bhi Do Yaaro features an excellent from the 80s, with the likes of Satish Shah, Naseeruddin Shah, Pankaj Kapoor, and Satish Kaushik. A healthy light-hearted comedy with a not-so-tragic end. Do watch to enjoy the modern cinema of the 80s.

This film has turned out to be a cult amongst the filmmakers and media professionals in India.

A healthy rom-com where a mechanic falls for a wealthy, yet simple girl against his brother’s wishes. The film is a lost icon in Hindi Cinema, a refreshing and rejuvenating plot covering the genres like deceit, love, humor  heartbreak.

Another classic starring Kishore Kumar. A simple and naïve boy falls for a bubbly girl who lives at the next door. The two share their thoughts and dislike each other at the beginning, however, end up falling in love. This film is packed with humor, music, slapstick, romance, bromance and an uncle about to marry his nephew’s love interest. The movie is wildly interesting and hilarious.

One of the very few comic roles played by Sunil Dutt. A must watch for everyone who adores Mehmood and is a fan of the singing duo: Kishore Kumar and Manna Dey.

Ever wondered what will happen if a bunch of kids protests against a corrupt MLA? A jam-packed entertainer where a group of children residing in a posh society of Mumbai tackles the local authorities for the well-fare of a street dog.

This film has everything, from kids arguing with the minister on a national debate show to marching on the streets of Mumbai in their tighty-whities. A must-watch film to realize that friendship is not restricted to class and species.

Do let us know which one is your favorite? Have we missed any amazing classics that should have been on the list? Let us know in your comments. 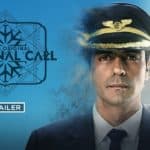 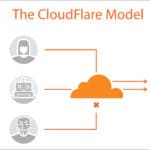