Prime Minister Manmohan Singh as already faced a lot of disgrace by being termed as a robot, remote controlled, puppet and a lot more. After facing such criticism from his fellow countrymen, outsiders are also hitting him now. He has long been lauded for his pivotal role in liberalising the Indian economy. Popular US magazine Time has termed him as an underachiever. It says that he is “unwilling to stick his neck out” on reforms that will put the country back on growth path.

The report titled A Man In Shadow asks India’s Congress party-led UPA coalition government, “has found itself fending off corruption scandals and accused of showing a lack of economic direction”.

It says, “….investors at home and abroad are beginning to get cold feet. Voters too are losing confidence, as rising inflation and a litany of scandals chip away at the government’s credibility. In the past three years, the calm confidence he (Singh) once radiated has been absent. He seems unable to control his ministers and his new, temporary portfolio at the finance ministry not withstanding unwilling to stick his neck out on reforms that will continue the process of liberalisation he helped start.”

The magazine says, “At a time when India cannot afford a slowdown in economic growth, laws that could help create growth and jobs are stuck in Parliament, sparking concerns that politicians have lost the plot in their focus on shorter-term, populist measures that will win votes.” 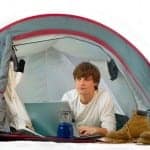 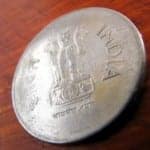