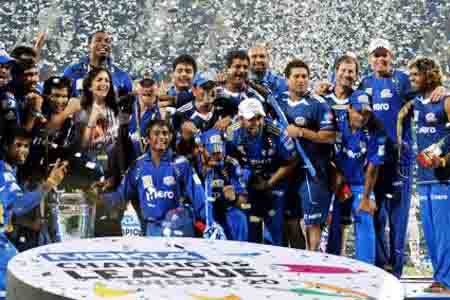 Mumbai Indians finally claimed their first tournament victory after defeating Royal Challengers Bangalore in what can be called a mediocre display of cricket (especially in context of T20 format).
Celebrations begin in Mumbai dug outs not only because they have been rewarded by huge prize money but also because this is their first title win despite being so consistent in every season of the IPL and CL T20.
Moreover Mumbai Indians disproved some critics who used to say that Mumbai Indians just revolves around Sachin Tendulkar.
Mumbai Indians started this tournament with half their side on the bench. Three of their power pack players Sachin Tendulkar, Rohit Sharma and Munaf Patel all were injured and could not play even a single match. So the team had to rely upon the out of form Harbhajan, unpredictable Pollard , part time keeper Rayudu , out of touch (yet dangerous) Symonds , Kiwi all rounder Franklin and some of the local boys.
There was just one man popularly known as the “turuup ka ekka“ ( the Trump Card) for Mumbai Indians who once again proved out to be a crucial factor in Mumbai Indians win, this time not just with the ball but with the bat too, yes it was again MALINGA factor that came to their rescue.
LASITH MALINGA again proving him to be one of the best T20 specialists, taking highest number of wickets in the tournament once again and winning the GOLDEN WICKET.

And not to forget Harbhajan Singh, the captain who played an imperative role in their victory as well. Whether it was about making bowling changes , restricting runs providing break through the ever so ebullient Bhajji was ready for every challenge that came in the way. He led the side very strongly and didn’t disappoint the owners this time.

This is what he said just after their win “I would like to thank my team mates. They were outstanding. It was just a matter of getting Gayle, Dilshan and Virat Kohli. Once we got them out we knew we were right in the game. The boys were fantastic. We had that belief we could defend any kind of total. Obviously Lasith has been great, not just for Mumbai Indians. It’s a great pleasure to have a guy like him in our team who can win games from nowhere. Franklin played fantastically as well.”

All in all it was a complete team effort and now its party time. 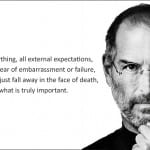 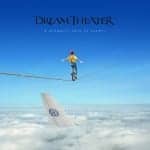