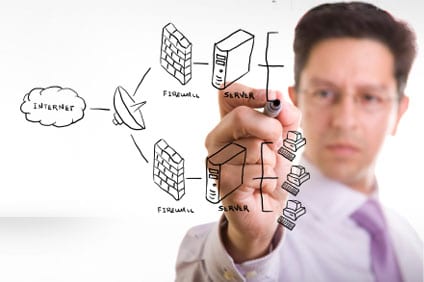 It is attracting investors and evolving. Where Facebook’s IPO was a mess, enterprise IPOs from Jive, Splunk, and Infoblox were big hits. And there is still lot more to come yet.

Here is a list of top 10 people which are leading in enterprise tech and are silently changing your lives.

John Chambers is the CEO of Cisco Systems since 1995. He flies around in his private jet consorting with heads of state and the CEOs of the world’s largest companies. Because of him, Cisco has been the most powerful company in enterprise networks for decades.

Steve Ballmer took the command of Microsoft after Bill Gates retired from daily work at Microsoft in 2008. He’s making big changes that could rock the tech world by revamping Windows 8 and entering the tablet hardware business.

Linus Torvalds, creator of Linux, fellow at the Linux Foundation.

Linus Torvalds is a brilliant guy. The operating system he created and the open source method he helped pioneer changed the software world. He remains at the center of it all.

When Dell talks about tech people listen. They are listening more since he finally has a plan to survive the post-PC era. He’s gunning for the enterprise and has made nearly a dozen acquisitions to make it happen.

Anderson is leading Dell’s transformation from PC company to big enterprise player like HP, Cisco or IBM.  Dell stole Anderson from HP, where he helped HP build its server and storage businesses.

Li is known for funding cloud and big data startups. He lead Accel in creating a $100 million Big Data Fund and brought in advisors from Facebook, Standford, Bit.ly to help him run it. His investments include BitTorrent, Blue Jeans Network, Cloudera and others.

Giancarlo was once the CEO heir apparent at Cisco, but Chambers won’t retire. So Giancarlo left and become a powerful enterprise VC. He’s best known for Skype, though he’s also on Netflix’s board. He’s got major clout in the network industry.

Pichai is responsible for Google’s $1 billion enterprise business which includes 1,200 employees.  Google Apps had a huge impact on enterprises, as an alternative to Microsoft Office. It pushed Microsoft into the cloud.

Levie built one of the hottest startups in the Valley. Levie turned a ho-hum file sharing idea into the next big collaboration thing. He even launched a program to get developers to write apps, turning Box into an ecosystem. Next up, IPO?

Aneel Bhusri, Founder and Co-CEO of Workday and a partner, Greylock Partners.

Bhusri is part of the dream team who co-founded Workday. Workday is expected to file for its IPO any second — the most anticipated IPO in enterprise. Plus, he’s helped to fund a whole crop of other hot cloud startups including Okta, Cloudera, ServiceNow, Zuora. 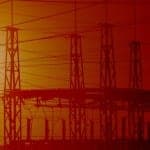 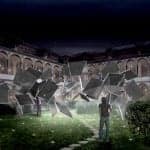