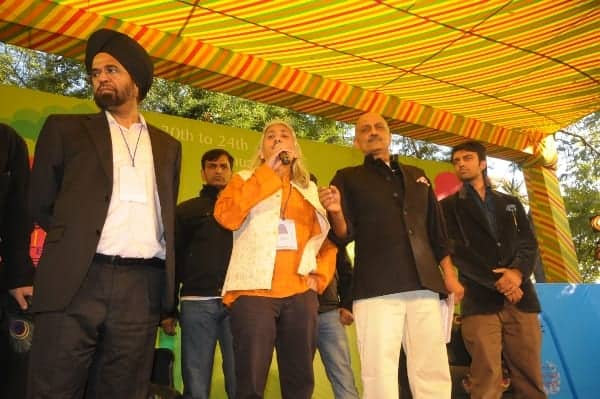 Troubled faces of organizers and uneasiness in the atmosphere can be seen here at the Diggi palace which has turned into a military camp. Just minutes before the Video conferencing of Salman Rushdie, some Muslim hardliners said,

“Every religion teaches us to respect God, but Rushdie is a criminal writer, and in case the organizers tried to make him hero on the last day, we will protest, and it can also lead to bloodshed.”

And finally it looks, Organizations who were looking to oppose and create chaos have succeeded, Vijendra Jhala, Superintendent of Police,Rajasthan, said, “As per looking on to hostile situation today, Video Conferencing is cancelled. There will be no video link addressing by Salman rushdie now.”

Later Festival producer Sanjoy Roy was present on the stage with Festival directors Namita Gokhale and William Dalrymple and Owner of the venue (Diggi Palace) Ram pratap singh, Sanjoy said, “This is a matter of regret that, after 3 weeks of this unfolding idiotic situation, we have to close down even the video link addressing by Salman rushdie. It is really sad that that the right to freedom and expression has been suppressed ,and we are once again bullied and defeated, to do what is right, one of the largest literary festival has been disgraced because of few people and this is a moment of grief and sadness.”
He also stated, Rajasthan Police was very supportive at every step, and B.L Soni, commissioner of Rajasthan Police, has ensured them full security in case they go ahead with video link though he has warned that there may be suspicious elements among the audience who may create trouble and violence if the conference takes place.”
Javed akhtar, with Shoma chaudhary and Rahul bose took the stage after Sanjoy made the announcement, Javed opposed the ban by saying,” If a film is banned it does not mean the film maker is also banned, similarly if a book is banned it does not means a writer should be banned. Whether the book should be banned or not is a different topic of discussion but by no means a writer should be banned”
News created a new wave of excitement among the crowd and Rushdie’s fans, though audience supported the announcement with the claps. Announcement also ended the drama, which helped JLF2012 gaining the huge publicity from the very first day. 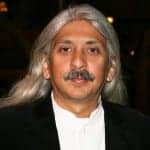 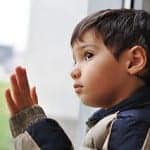