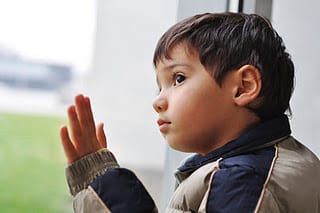 Sometimes “I” miss being “I”

Sometimes I miss being I. What I miss the most is that I often think I never had or the loss which I couldn’t save. May it be some old Doordarshan tele-serial or some special good morning show on Sundays. May it be a windy ride on scooter standing safe within secured knees of my father, or the playful time on the swinging feet of my mother. May it be the smile of safety on walking with my sister to board the school bus or my first crush of that mesmerizing bicycle of mine.

Sometimes, there is a sudden attachment to some winds which bring the aroma of the ‘paranthe’ warmed in my grandmother’s hands, just for me. I miss the affection of that seven digit phone-number which used to ring and bring a revelation when I was a kid. I wish sometimes, I could discard my cell-phone away only if I weren’t bounded by vicious clutches of today. A buckled bag, Flinstones’ Lunch-box, the wealth of Tazzoo from Lay’s, my first digital watch, childish games, nagging, fighting and doing all these acts which never had much to think about; they suddenly sprung up from few corners of brain and what they shroud me is with nostalgia- nostalgia about old days, the hand in hand walk with parents, the little wits yet so priceless, the ineffable days and a lot many things which I can never forget.

I wish I could still have that moment again when I won a little pen-pencil from my first standard class teacher, when I got down from bus with aim of a chocolate crunchy awaiting at door, when the rules of games weren’t bounded, when I used to sit endless hours watching bright screensavers on Windows 95 at my father’s office.

I wish I could still steal those memories when there weren’t any responsibilities apart from maintaining diary and doing homework, when my mother used to fan out my sweat during extreme summers at times of power failures, when there were occasions just to party around, just to horse around with nothing on mind.

I often feel life has changed a lot since then. Probably life continues to ascend step by step, but we started to jump and skip few important ones. Things have changed, so has the environment. There is greed, leisure, aim, hatred, expectations all around. There is effluence, snobbishness, vituperation all around. There is a meaning for every word of life now, which didn’t even tend to exist earlier. There is the Idiot box, leisurely gadgets, Facebook, etc. which has stolen time; time from the ones we were attached. Things have changed a lot when I look back and yet we are in a race of the tagline, “The business of life is to move forward”.

We moved and moved without noticing the trees and vistas that passed by, and yet not trying to know. All I have to say is that sometimes I miss being I.

Just felt like writing a few thoughts, which poured from heart of mine.