Facebook is planning to introduce a new real-time bidding technology which Google has been using for years, that allows advertisers to target users according to their activities. This service from Facebook is called Facebook Exchange.

This service is expected to go live in a few weeks. Currently, Facebook is working with eight firms on the program namely, Turn, TellApart, MediaMath, DataXu, AdRoll, Triggit and The Trade Desk. Facebook is starting using cookies to trace the history of its users via their browsers. Third parties would match that information from other websites.

Exchange is an attempt by Facebook to let advertisers buy some of its ad inventory in targeted, “real time” bidding. Facebook is trying to set a trend that lots of ad buyers are already embracing.

This would help advertisers to buy Facebook ads that target you directly, as per your interests approximated by your data. And for Facebook, it’s a way to increase its value as it would help it to find buyers who want to buy a specific ad, being shown to a particular user, at a certain time. 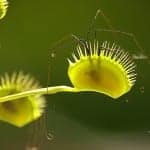 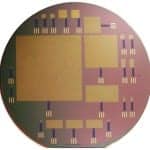