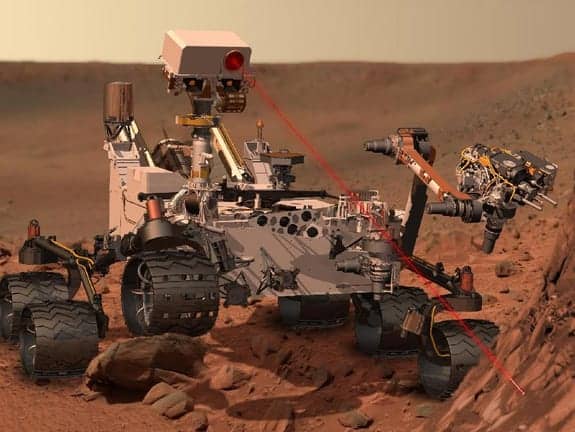 NASA may not be sending astronauts on Mars but this does not mean that space exploration has stopped. NASA would still be unfolding the mysteries of the universe with its “Curiosity Rover”. The rover is expected to land on Mars on August 5th to search for traces of life on the Red Planet.

This rover is larger in size as compared to NASA’s previous explorers, Spirit and Opportunity. Curiosity has dimensions 10X9X7 feet, weighing a hefty 2000 pounds. It is equipped with a seven-feet long manipulation arm and the rover has roughly a two-story vertical reach.

For movement, Curiosity will rely on a set of six over-sized wheels attached to a rocker-bogie suspension.

Fun fact: The wheel treads will leave an impression in the Martian soil spelling “JPL” in Morse code. Cool!

The rover will propel itself along at up to a relatively-swift 300 FPH in automatic drive with an average speed of just 98 FPH when hunting for signs of life. In all, this $2.5 billion program is going to traverse just 12 miles during its two-year stay on Mars.

Curiosity uses a radioisotope thermoelectric generator (RTG). These engines generate an electrical charge from a 10-pound power cell’s decay of plutonium-238, 125 watts of electrical power at the start of the mission decreasing to about 100 watts at the end of the plutonium’s 14 year life span. This heat is also used to keep the rovers fluids from freezing in cold Martian nights.

The RTG system will also power the machine’s extensive suite of sensors, X-Band transmitter, UHF radio, a pair of onboard computers (each with 256 KB of EEPROM, 256 MB of DRAM, and 2 GB of flash) and an Inertial Measurement Unit (IMU) that helps the rover keep track of its bearings and balance with 3-axis sensor input.

The Rover consists of three primary cameras: the 720P multi-spectrum Matcam, the Mars Hand Lens Imager which is attached to the arm (capable of taking 1600×1200 microscopic shots), and the Mars Descent Imager (which will snap five frames/second for about two minutes as the rover makes its final approach to the surface). Apart from  that it also has four hazard-avoidance cameras and a pair of stereoscopic navigation cameras.

During its one year long trip to Mars, it will work as much as an astronaut, recording the amount of solar radiation that penetrates the spacecraft. 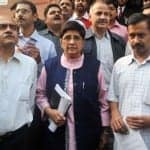 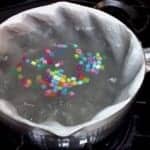