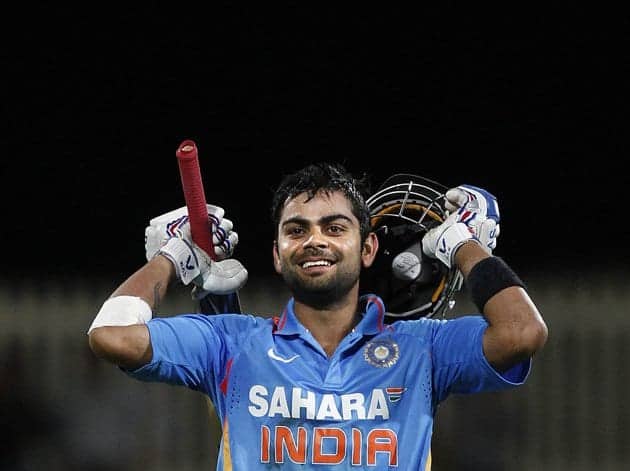 If even a week hasn’t passed with the hockey fervor in our nerves, and the “fir dil do hockey ko” memories haven’t even faded since India qualified by thrashing France with 8-1 for London Olympics 2012 on 26th February at Major Dhyan Chand National Stadium, New Delhi, a post two day Cricket ODI match between India and Sri Lanka, the two Asian cricketing giants suddenly magnetized the entire media and the sports’ world existing in our nation.

‘1 new message’, a blink of light caught my eyes on my cell-phone. Ashish, a cricketing expert at a 24×7 disposal had written in the text message, “We were always committed to cricket; hockey was our one-night stand.” Indeed! A single match with India chasing a gigantic score of 321 in just 37th over of 50 overs in totality fetched them a winning point plus the bonus for the match, Virat Kohli, the Indian skipper suddenly won a million hearts with his massive 133* of 86 deliveries. What was next? The Indian news channels had bread in their plates with many special reports lined up.

And many others which had an elongated half hour special report for this game which doesn’t even signify a cent percent qualification to the finals. What surprises more is the hockey match which didn’t win enough praise until it reached the finals lost somewhere in sports news of just five minutes instead of a thirty minute report. Probably, we are unmitigated hardcore obsessed cricket lovers. And yes, I don’t mind either with the stamp of same on my heart. Next what, we (media world personified too) await for the upcoming cricket matches, Asia Cup, IPL 2012, etc. Olympics can be anticipated later.