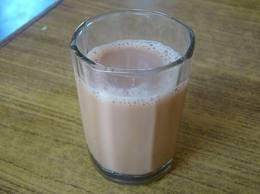 An envelope of ‘Happiness’

This is an incidence I experienced few days ago which I would like to share with everyone. It encouraged me to smile even in the sunset of daily life. I don’t know about what my dear critics interpret, but these small unplanned incidences of life teach a lot.

Amidst the saturnine seasons of gloom, amalgamated vituperation, uninsured plans and dreams with some big numbers and lavishing zeros in the end, I have had ensconced some feelings mixed with joy and commotion in the corner of my heart. I tried to cover the same feelings with a novel in my hand and mind shifted in the words rather than the sentences which somehow pinched in heart. Although a friend of mine strongly supports the quote, ‘Marne de saalo ko’ (Let the world die), it often brings the bubbles of joy in heart, yet it isn’t an all time antidote to lessen your excruciation.

While returning from college to home, it takes me about an hour or even more at times. The route goes from Red + Yellow + Blue line of Delhi Metro, too tormenting until I have a novel or ear-plugs with me.

“Next station is Kashmere Gate. Doors will open on the left. Change here for Yellow line and Blue line.”

Yellow line, if described in terminologies as used by J.D. Salinger in his famous novel ‘The Catcher in the Rye’, “it kinda killed me, phony guys horsing all around.” I always felt that everyone is running like swarm of bees just got kicked out of their honeycomb. Secondly, changing stations from Level +2 to Level +1, then to Level 0 and then to Level -1 and then finally to Level -2 adds another negative point to this journey. Phew! I don’t know for what reason I take long steps without escalator and run to catch metro. Yes, I am one of those kicked bees eager to reach destiny- home. Some weird dreams tell me that I may miss the current train which is the most important train of my life.

Panting with a heavy weight of mine carried from four levels of concourse, and seeing the doors welcoming me, I just entered the Yellow Line metro from Kashmere Gate, towards Rajiv Chowk station. Yes, made it once again! I was still catching my breath, when someone poked me from behind.

“Pehchana?” (Did you recognize me?)

“No!” I blatantly replied.

He was a guy with a big smile on his face as he has met some VIP. He seemed a genuine gentleman with a tie and a neatly parted hair dressed on him.

“Socho, kahin toh mile ho mujhe, aur who bhi bahut baar…” (Try to remember, we have met many times before…)

I felt a current of shame in my head now. How could my memory go so weak in recognizing him?

I replied in a subtle way, “Ummm, I can’t remember exactly, par kahin toh dekha hai aapko.” (I do have seen you somewhere)

It was a yet another to keep someone’s heart. I was still trying to figure out the mystery man.

With a smile still shining on his face, he replied, “Connaught Place mein, aap bahut baar chai peene aate the.” (In Connaught Place you often came at my shop for a cup of tea)

“Chai-wale bhaiya! Kaise ho? How are you?” I recollected my old memories. Yes, I made a scornful smile, but he accepted it as a genial one. Surprisingly, it seemed such a great moment seeing a tea-vendor dressed in a suave way. My eyes almost filled with anxiety to know about the lottery he might have won. I was still making up other questions in my mind, but the cheerful bhaiya came up with the following conversation himself.

“I have got a job of token vendor at metro station”, his eyes almost filled with that level of joy which I never saw past many days on anyone else.

“Wow! Arre wah! Mast!” I replied in a way to congratulate him, but the impromptu guy had so much to tell further. “Around one lakh people applied for this, they have selected only about 250 in first phase of selection”, he said with a great passion in his voice. Why not, it was indeed a big deal for him.

“So how’s everything going?” I realized my question was vague and far away from the subject, but more than half route had already passed.

What! That’s it! It seemed so less, I thought in a second when he further spoke.

“I love this job. I am currently at Nirman Vihar station. At times, I often sit at Customer Care and I’m paid for it separately at times.”

He still continued to share his joys and great experiences for the coming minutes when I was immediately caught by the announcement. “Next station is Rajiv Chowk. Change here for Blue line. Doors will open on the right. Please mind the gap”

We were supposed to go in opposite directions of the Blue line metro, I thought shall I ask further questions like his contact number or anything else. I don’t know why, but I generally do this to show my courtesy as if I’ll remain in contact forever. Although, I never revert back, genuine complaints which even my friends put up. I very well knew this. Then in a second, I thought about how crazy it seemed to ask his number. A number, that too of a tea vendor! He’s not even an old friend. When I was still thinking, he said with a big smile, “I’ll be buying a phone for myself in next month with my own salary.”

Something shook my soul. A current trenched my spine. For the first time, I passed a smile for him in a real heart to heart full duplex way directly. He further added, “Whenever you come to Nirman Vihar station, do meet me. We’ll have a cup of tea.” The next few words came directly, without even thinking. “I’ll surely have it only if it’s prepared from your hands. I’ll surely come and meet you.” I smiled and shook hands with him. And then, we walked in opposite directions for our destinations. I don’t have words to describe that how merrier my next fifteen minutes in blue line metro sped away, thinking the past ten minutes.

Probably, the station he mentioned was never heard by me, nor I think destiny will unfold hands to make me meet him again. What can be worse, I don’t even know his name. All I know is that I met ‘Chai-wale bhaiya’ again and he surely taught me a lot in this meeting. It is far too difficult to empathize.

I have been thinking as my golden dreams are still less for me, as I realized the same for someone, who doesn’t even know what gold is. Being content is not by the virtues of big surprises and million friends and luxuries. It solely comes from the inner soul of satisfaction as by blessings of God’s gift.

“I have been searching for some golden boots that would bring me happiness, but I have realized the fact that happiness comes from the soil only if you walk barefoot.”