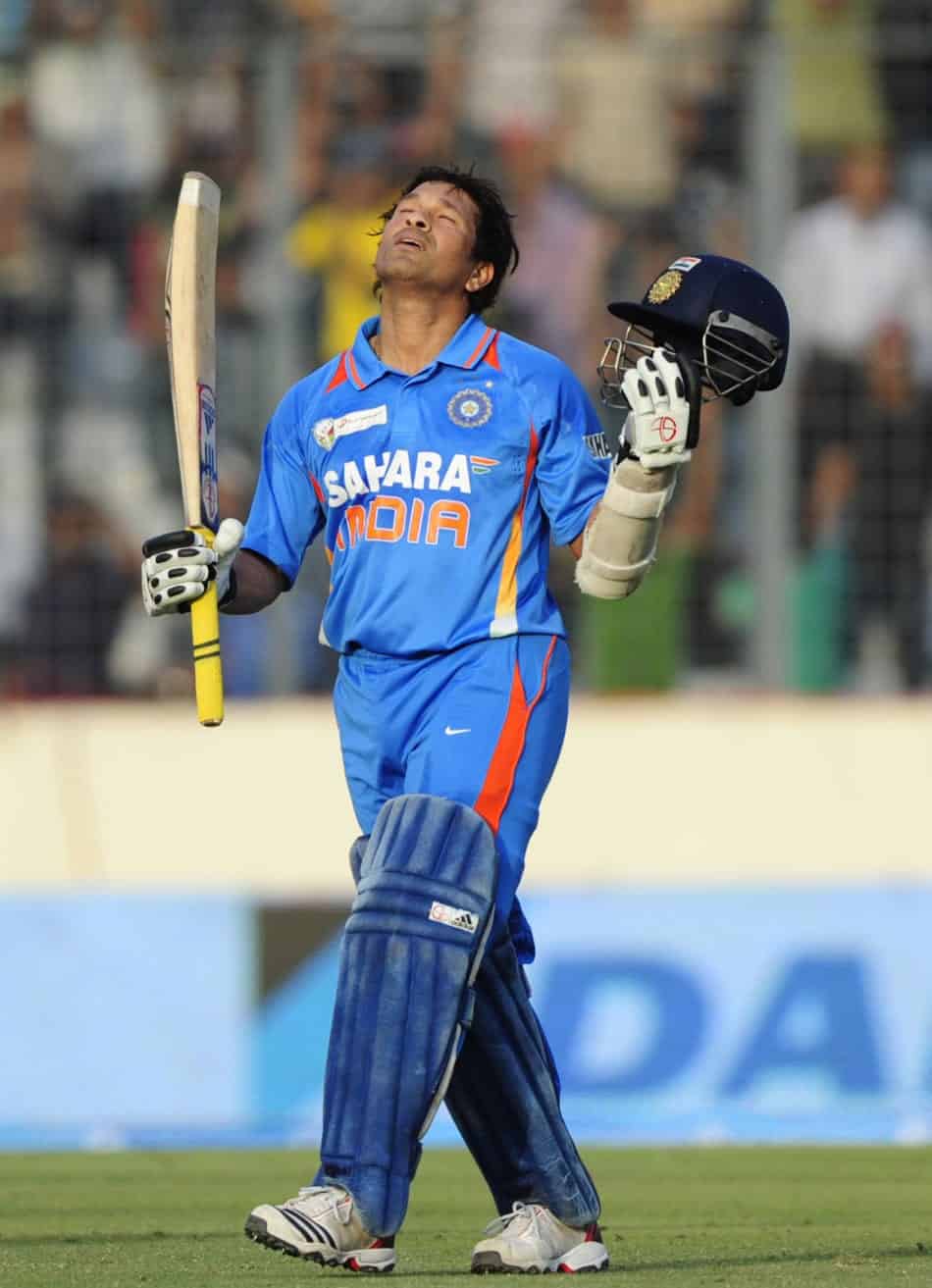 November 1989, a little curly haired guy, with an innocent childlike smile walked down the pavilion, with his simple and subtle voice and a bat which was yet to prove his legacy. No one would have ever wondered how mighty this bat will prove and the subtle voice of his shall become the voice of the game which binds a billion hearts- Cricket.

If anyone wants to know the value of how high is 5 feet and 5 inches, he is the answer that stands tall among the Cricket personalities. He emerged from Sachin Ramesh Tendulkar to Tendiya; Tendiya to Little Master; Little Master to Master Blaster; and Master Blaster to the God of Cricket. His fandom is like the Universe, ever expanding and ever shining with galaxies, with non-existence of any big-crunch.

We have walked a long path and we have witnessed our journey blessed with great deals of joy, excitement, anticipation, tensions, shocks, nail-biting situations, glorious moments of victory and yet many instances of the battle of nerves in this game of Cricket. The youth of today and yesterday have grown up watching Tendulkar play with his dedication towards this game and His life towards breaking records. May it be a formidable yet powerful century at Sharjah against Pakistan or a classic blow of 140s versus Australia. May it be His regular dose of biggies lined up in 1996, 1999, 2003 Cricket World cups or his complete set of responsibility towards the Test Cricket match. We have come across all great deal of ineffable experiences which are beyond the words of description. However, we have seen the other side waning as well. We witnessed a Tennis elbow injury which somehow seemed to ruin the Indian dream of gloriousness. Tendulkar didn’t show his face for more than a year to his fandom, to the followers of ‘Tendulkarism’. We witnessed the hard luck of his when he got out in 90s continuously for many matches. Sometimes at 95, 97, 98 or even 99, when the tears of the followers somehow failed to bring up the legend to legendary. These occasions broke many hearts; yet the prayers and faith never succumbed, they always grew stronger day by day.

And one day, the jinx was broken. Sachin Ramesh Tendulkar once again scored a century after a long path of nervous 90s. His high omnipotent bat and an honourable helmet proved His greatness again. Once again, hopes and dreams reconciled and took their seats back with expectations poured themselves into potpourri of records again. The Master Blaster bounced back with restitution much higher than unity. He made a massive 200* at Gwalior, proving his impeccable greatness beyond the last inch of the greatness scale. Still, we heard his voice; in subtle one, “Hurdles are to be overcome. One day, this record shall be broken by someone else.” It was indeed broken by another Indian skipper Virender Sehwag with his 219 versus West Indies in 2011.

Tendulkar’s down-to-earth image and never controversial actions are beyond any fruit of charm. The huge world of his followers expects that no one breaks his record in near future, because the unconditional and unbounded love to watch Sachin break Tendulkar’s record is indescribable. Later, came the ICC Cricket World Cup 2011, with Sachin as the ambassador of this great battle. He drove India towards the final with a classic 85 in the semi-finals and lifted the trophy, living his dream; our dream; every Indian’s dream.

He is still playing his game with full dedication, with mighty records to break on the way, enduring the legacy for all of us. Sir Donald Bradman once said, “I can see Sachin as my contemporary in his style of playing cricket.” He honoured Sachin with his greatness as well. But unfortunately, had Sir Bradman lived a little more, he would have witnessed Sir Sachin Tendulkar climbing higher pinnacles every moment of life, beyond what the great people predicted. A record of hundred centuries in both forms of Cricket is excelsior of beauty and perfectness. However, India lost the match to Bangladesh, but Sachin’s masterstroke has marked a great deal of history once again.

Andy Flower rightly said for this genius, “There are two kinds of batsmen. One is Sachin Tendulkar. Two are all others.”
Indeed!
Long Live the Legend, The Centurion Lord of the Centuries.