If you want an easy way to get on the blocklist of people, just tweet whatever you update on Facebook. Just pollute people’s newsfeed, “Beacuse people really want to know that what are you eating and what are you shitting”.

Facebook and Twitter are two different things. Facebook is cluttered with everyone you know. The guy you met at a friend’s place, the girl you met in a party, the person you met on a trip and everyone else. But the people you follow on twitter are carefully chosen. It’s a way to exchange useful information about topics that really matter. Generally your ideals/role-models, intelligent friends, news sources and other interesting and reliable information sources are followed.

A person may have thousands of friends on Facebook but the people he follows is within the range of hundreds. If a person sees tons of tweets everyday that are of no use to him, then what would be his state of mind. Its like seeing your inbox flooded with spam. For many people Twitter is a Diary where they write all their nonsense activities but the question is that, ‘do people really want to sneak into your life?’ Do you want to enter somebody’s bedroom and unlock his diary when he’s not home.

And the feather to cap is when you dump whatever you tweeted on Facebook. This can really make people go out of their minds and remove from their ticker and un-friend you because they just can’t take it anymore.

Another problem is the redundancy. If you tweet little info that is worth reading, then people would have read it on Twitter. So don’t make them look at that shit twice, and don’t make them have to unfriend you.

Oh you went to the gym and had a good workout? I do not care. You’re meeting the gals for dinner? The entire internet does not need to know. Tired today? Please stop talking. And even if you’re funny, even if your Twitter feed is chock-full of useful information, rife with insight, and just a pleasure to read, you’re not supposed to like a tweet. That’s not how it works. You’re either going to reply, or you’re going to retweet. And you’re going to do it on Twitter.

You also need to keep the hash-tags on Twitter where they belong. Because on Twitter they’re tools to search for a certain topic. Or sometimes they’re a way to add a punch line or a kick to a statement. But guess what? They’re meaningless on Facebook! So is your stupid @TWITTERPERSON.

So next time think before whatever you tweet that if it’s worth tweeting or it’s just another shit. 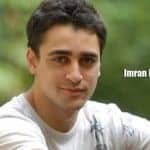