In the year 2007 capacitive touchscreens brought a revolution in the smartphone market and the tablet market by replacing resistive touchscreens. But some people still like buttons and that’s the reason why we have Qwerty phones. But what if you get both worlds together, buttons that rise up on a touchscreen whenever needed! Tactus Technology is working right on this idea!

The company describes its technology as:

Tactus provides a new dimension to touchscreens by enabling real, physical buttons that rise up from the surface on demand, and then recede back into the screen, leaving a perfectly flat, transparent surface when gone.

It sounds like science-fiction but actually its just pure science. The Verge got a hands-on (literally!) demonstration at SID Display Week. It’s seems real, although it needs some work. Tactus is planning to work in collaboration with equipment makers starting next year.

The Verge explains the working of this technology as:

“The technology is based on “microfluidics” — beneath the surface of a fairly ordinary-looking touchscreen are a number of channels that can be arrange in any pattern a manufacturer desires, and a small reservoir of fluid (a special type of oil that allows the channels to be invisible, for the most part). To form the shapes of the keys, a tiny amount of fluid is pumped through the channels, which raises a deformable membrane covering the surface of the touchscreen.”

The concept is interesting and amazing. It adds a new dimension to your screen making it actually 3-D. Its application is not limited just to phones and tablets. Besides these, it could be used in remotes, game controllers, home appliances and a lot more gadgets.

The technology is supposed to be power efficient, but the company still hasn’t specified any the power requirements. Also the visual quality of the screen is still doubtful. The fluid is supposed to be nearly invisible, but how crisp a display will look is unknown right now.

Still, there’s promise in the product, and it could provide the best of both worlds: Touchscreens paired with buttons on demand. 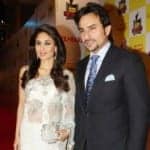 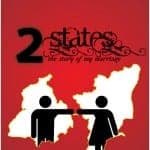