At Google I/O 2012, Google revealed that Android 4.1 would arrive on Nexus devices in “mid-July”, however it is still not clear that which companies would be pushing it to their products. When everyone was expecting Android 5.0, they got 4.1, just a 0.1 leap ahead. It’s the similar feeling that people had with iPhone 4S when they were expecting iPhone 5. Still most of the android devices haven’t moved over to Android 4.0 and so they will simply take a step directly to 4.1 as it is (almost) available now. Lets see what Jelly Bean, Android 4.1 has to offer.

Jelly Bean is mostly Ice Cream Sandwich only. It just got nicer and smoother with a few additional features. Google has retooled Android to be even more responsive, so that it ramps up whatever power lies within the moment a finger touches the screen. Android 4.1 provides more features, without any speed hit on the other end. In fact, you’re gaining features and perceived speed with Jelly Bean. Have a look at the major changes in Jelly Bean.

Jelly Bean’s keyboard looks a lot like Ice Cream Sandwich’s stock keyboard. But when you start typing , you can see the difference by yourself. You would be familiar with such a thing if you are an user of SwiftKey. It’s quite similar to SwiftKey but Google’s version learns as you type and begins to make next-word recommendations based on familiar phrases you use. It works beautifully. Even the “Smart Punctuation” feature that SwiftKey touts in its third build is mimicked by Google’s own offering, and it actually provides an even greater variety of punctuation options to slide to.

Google promised that its offline mapping solution would be coming soon, just in time for Apple to debut its own mapping solution for iOS 6. Right in line with Jelly Bean’s launch, offline Maps is now a reality for Android smartphones.

Maps is still beautifully designed, robust and magically woven into the fabric of Navigation. For the avid traveler, it’s indispensable, and the addition of offline just makes an already world-class product that much more amazing. If you’ve downloaded a certain section of town and you’re routing through it, it won’t matter if you lose signal, dip into a tunnel or head underground for a bit. As long as you have GPS and downloaded maps, you’re golden.

The homescreen is now easier to get along with. Customizing the layout on each pane is simpler now and you can drag icons around with even more smoothness. It’s designed to automatically accommodate your apps and widgets. You can also remove any unwanted apps and widgets with a quick swipe up and off the home screen.

A layman will this feature as Google’s version of Siri, and in some ways, it certainly acts as a personal assistant. But in some way, it is more than Siri. But unlike Siri, which simply requires you to start speaking, this action in Jelly Bean brings up an entirely new portal. Now unfolds, revealing a scrollable list of “Cards” that are just beautiful. Google Now can be activated by holding down the “Home” key and swiping up. The fonts, textures and borders on these things are truly gorgeous.

The best way to customize Now is to simply be you. Use your phone. Do things that you’d normally do. Before long, Now will feel intensely personal. You can find Cards for the following: Weather, Traffic, Next Appointment, Travel, Flights, Public Transit, Places and Sports. The longer you use the phone, the more cards it magically puts there with information that’s magicallyuseful to you.

Voice search now acts as an extension of Now, but it does so with hugely mixed results. The natural language recognition needs to be worked on. But we must say that Google’s voice search algorithm is really fantastic. “Talking to Now” experience is a terrifically pleasing one.

Using Now requires an internet connection. But Jelly Bean can hammer out emails to send later via voice. Google has managed to squash its US English language voice recognition tools into the OS’ fabric. Even in airplane mode, you can now vocally compose emails and text messages with ease. Apple’s Siri requires an internet connection for such a task. Thus, Google simply beats Apple here.

Jelly Bean also supports a new tap-to-air feature for Bluetooth-plus-NFC-enabled speakers; just tap your phone to an adequately equipped speaker, and your tunes start streaming. It’s beautifully simple, and it works nicely. The addition of Google Now and the offline voice dictation features are huge, huge assets in the Android stable. Android 4.1 may not be a quantum leap in any one area, but it’s the fine-tuning of Ice Cream Sandwich that we’ve been waiting for. 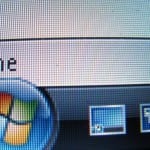