Reaching new levels of Artificial Intelligence, Wolfram the analytical search engine now has the capability to analyze literary works. For hundreds of years, scholars have carefully studied the plays of Shakespeare, breaking down the language and carefully dissecting every act and scene.

Wolfram Alpha uploaded the complete catalog of Shakespeare’s plays into their database. This allows the users to examine Romeo and Juliet, Macbeth, Othello, and the rest of the Bard’s plays in an entirely new way.

Entering a play into Wolfram|Alpha, like A Midsummer Night’s Dream, brings up basic information, such as number of acts, scenes, and characters. It also provides more in-depth info like longest word, most frequent words, number of words and sentences, and more. It’s also easy to find more specific information about a particular act or scene with queries like “What is the longest word in King Lear?”, “What is the average sentence length of Macbeth?”, and “How many unique words are there in Twelfth Night?”.

What is the longest word in Julius Ceaser, Romeo & Juliet & Hamlet ?

Asking Wolfram|Alpha for information about specific characters is where things really begin to get interesting. We took the dialog from each play and organized them into dialog timelines that show when each character talks within a specific play. For example, if you look at the dialog timeline of Julius Caesar, you’ll notice that Brutus and Cassius have steady dialog throughout the whole play, but Caesar’s dialog stops about halfway through. I wonder why that is?

In addition to Shakespeare’s plays, Wolfram|Alpha can also analyze other famous works of literature, including Moby Dick, Great Expectations, and Adventures of Huckleberry Finn. We hope you enjoy being able to perform computational analysis on these texts and would love your suggestions on new features and texts to add.

Well, it would be interesting if this could be used for specific “writers” on blogs. We would be able to see great wonders of the online world. 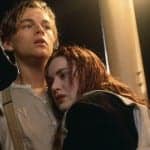 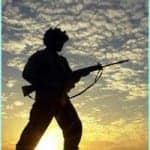