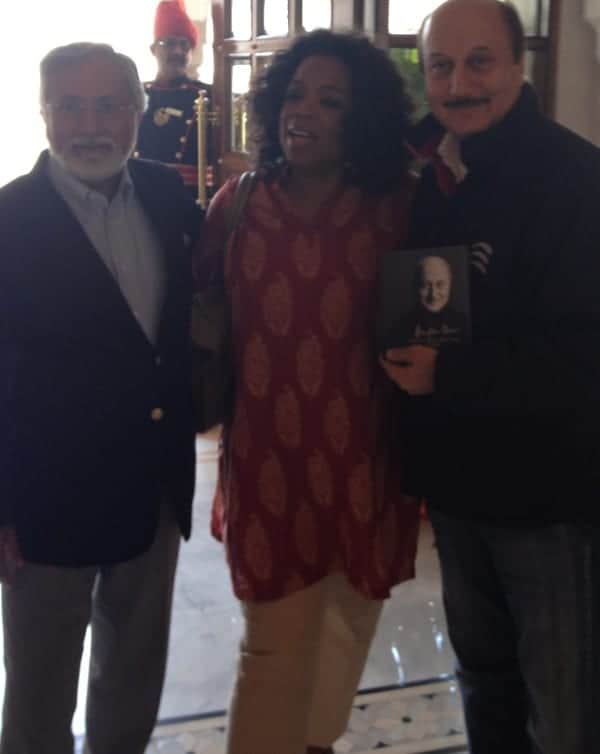 At 3rd day of Jaipur Literature festival  2012, front lawns of Diggi Palace witnessed Shashi tharoor launching Anupam Kher’s book “The Best Thing About You ….Is You”.

Anupam Kher and producer of Jaipur Literature festival Sanjoy Roy were also present at the ceremony.
In an interaction on how he thought of writing a book, Kher said:

“From Childhood I wanted to be an actor and I went through proper training and then to drama school and then to Mumbai ,Looking for work and finally I believe now that dreams do come true, but as a writer ,as an author, I never thought of it. I I wrote a play based on my life, imperfection’s of my life’s disaster ,It was an autobiography on stage and as I am an actor so i thought of performing it instead of writing it. Play was about things that were not working in my life, Disaster’s of my life and I was laughing about them.

After the Play I suddenly felt liberated because in the play i told about my shortcomings, things that did not worked in my life and after telling all, I was no more frightened about what people will think of me.

So gradually, I started getting calls from Universities, IIT’s and corporate houses to give the lecture on failures and success. And it was then that I got a letter from a publishing house, and they said, ‘Why don’t you write a book on this? Also, for writing this book, I have not read any self-help book or books about how to be successful or happy, I have no idea on how to be successful and happy, I only know the best thing about you is you, I think there is a powerful in us who can actually drive us to success.”
“I have been fond of reading books since my childhood, the first book I read was ‘Maa’ by’ Marxism Gorky’ and then it became a obsessive habit. As an actor I have used my craft over a period of time but as an author at least in this book I have used nothing but truth of my life, and experiences I learned.”

Shifting from the topic he spoke on the absence of Salman Rushdie,He said:

“I personally feel every individual has a freedom of expression and according to it every person should be allowed to say or write whatever he thinks. I think that this matter has been politicized and it gets into a dimension where it was difficult to sort or pursue, the way it could have been pursued. But I am an optimistic Person and I think something good will comes out from this also.” 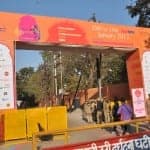 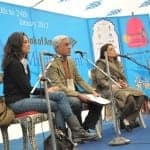