Facebook is making it easier for people who express suicidal thoughts on the social networking site to get help. A program launching on Tuesday enables users to instantly connect with a crisis counselor through Facebook’s “chat” messaging system.

The service is the latest tool from Facebook aimed at improving safety on its site, which has more than 800 million users. Earlier this year, Facebook announced changes to how users report bullying, offensive content and fake profiles.

Friends are able to report suicidal behavior by clicking a report option next to any piece of content on the site and choosing “suicidal content” under the “harmful behavior” option, Facebook spokesman Frederic Wolens said.

Facebook will then email the user in distress a direct link for a private online chat with a crisis representative from the National Suicide Prevention Lifeline as well as the group’s phone number.

The new tool gives people who may not be comfortable picking up the phone a direct avenue to seek help. “This was a natural progression from something we’ve been working on for a long time,” Wolens said.

Users also have the ability to report suicidal behavior by going to the site’s help center or search for suicide reporting forms. They can also use reporting links around the site.

Worried friends who reported the behavior will also receive a message to say the matter is being addressed, Wolens said.

“One of the big goals here is to get the person in distress into the right help as soon as possible,” Fred Wolens, public policy manager at Facebook, told The Associated Press.

Nearly 100 Americans die by suicide every day, and 36,035 a year, according to US surgeon general Regina Benjamin’s office. Google and Yahoo have long provided the phone number to the National Suicide Prevention Lifeline as the first result when someone searches for “suicide” using their sites. Through email, Facebook also directed users to the hotline or encouraged friends to call law enforcement if they perceived someone was about to do harm. 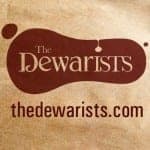 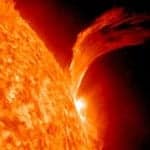