Why is php the better language ?

PHP was initially started as C Shells for the web programming and performing other small chores. But today it has evolved as an efficient and effective web programming language that is at the same time is easy to understand and implement.

The extent of the popularity of the PHP language can be seen from the fact that most of the websites in today scenario are built on the PHP Frameworks. Even the most popular social networking website Facebook is built on the PHP frameworks.

Now, here we are giving you some of the features of this language that has been inspired from the others languages like C, Java or Python.

a. A successful product of the open source initiative which means that there is community support along with an extensive set of libraries that can be used to enhance the functionality of the language.

b. Easily integrated with several other open source software and programs without requiring any extra plugins or libraries. The language provides inbuilt support for Apache modules and MySQL and PostgreSQL database.

c. A large and extensive support for the regular expressions that are used heavily for matching patterns and substitutions. You can perform a variety of string related tasks like compression, manipulations, etc.
d. Support for the Raw HTTP headers that are frequently used in redirections, authentications and other high level site designs.

e. Access logging support provides real-time access monitoring and maintains a quick summary of the pages that are owned and maintained by specific users.

f. Inbuilt Access Control Mechanism will allow creating rules and regulations for different persons that are using your website or application. Some pages can be password protected while other can be made restricted based on the user accessing it
g. Besides this the language has all the features that a modern language should possess. It has all the features of OOPS as well procedural languages

a. The first and foremost feature that sets PHP apart from the other two is the community support. Being associated with the Open Source Initiative, PHP has a large user base of developers, testers, documenters, and reviewers. ASP is based on the .Net framework that is owned outright by Microsoft. JSP is also gaining ground but it has a large way to go. It is also now an open source product.

b. When it comes to the speed of the website then ASP is slightly ahead of the two. The main reason due to the existence of a compiler for interpretation of ASP code. JSP also uses precompiled and dynamically generated code. PHP is an interpreted language and uses no third party accelerators to improve on the performance.

c. There are a lot of free and premium hostings for PHP. But there are only paid hostings for ASP and JSP. PHP and JSP can be run any kind of servers but the ASP.net requires only Windows-based servers only.

So php appears to be a better language and there are the highest no. of jobs in the field. But still, it depends on person to person what he feels for a language. I(Shashank Agarwal) am a Asp.Net programmer and I know it can sometime be too hectic to work with the web.config file and removing those errors but every language has its own cons and pros.

Do tell me what language you feel is the better one !! 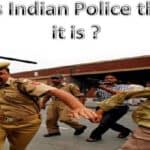