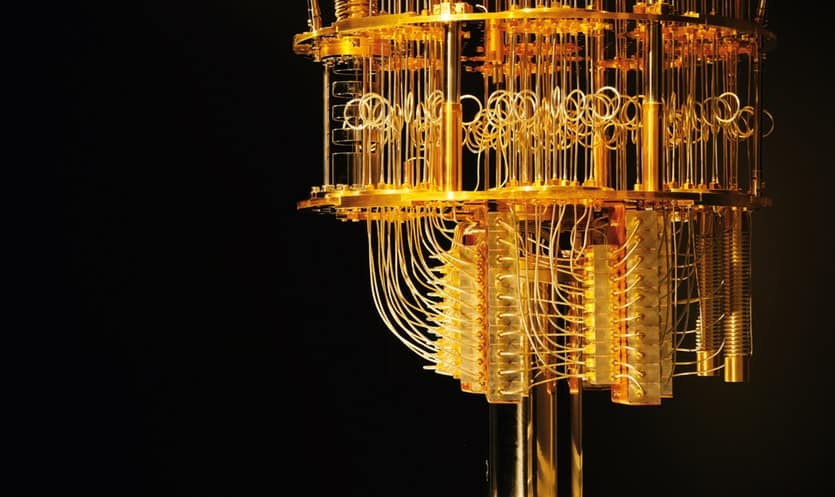 Quantum Computers are still very much only in books but some achievement has been achieved on performing small operations on these “qubits”.

Large-scale quantum computers could be able to solve certain problems much faster than any classical computer by using the best currently known algorithms, like integer factorization using Shor’s algorithm or the simulation of quantum many-body systems. There exist quantum algorithms, such as Simon’s algorithm, which runs faster than any possible probabilistic classical algorithm.

Shor’s Algorithm: This algo is basically used for the integer factorization and is able to calculate the prime factor of any given number, N in polynomial time. This is largely used in data encryption and protection where the prime requirement is to find the prime numbers. You can see a very good representation of the shor’s algo here is.

Simon Algorithm: Aner probabilistic algo that is black box behaviour of the things. This includes the string and expression matching, complex Fourier transforms and much more.

How is data represented in quantum computing and how is this different from normal computers?

In general, thus, the physical state of a qubit is the superposition ψ = α0 + β1(where α and β are complex numbers). The state of a qubit can be described as a vector in a two-dimensional Hilbert space, a complex vector space The special states 0 and 1 are known as the computational basis states, and form an orthonormal basis for this vector space.

The Turing machine, developed by Alan Turing in the 1930s, is a theoretical device that consists of a tape of unlimited length that is divided into little squares. Each square can either hold a symbol (1 or 0) or be left blank. A read-write device reads these symbols and blanks, which gives the machine its instructions to perform a certain program. Does this sound familiar? Well, in a quantum Turing machine, the difference is that the tape exists in a quantum state, as does the read-write head. This means that the symbols on the tape can be either 0 or 1 or a superposition of 0 and 1; in other words, the symbols are both 0 and 1 (and all points in between) at the same time. While a normal Turing machine can only perform one calculation at a time, a quantum Turing machine can perform many calculations at once.

Today’s computers, like a Turing machine, work by manipulating bits that exist in one of two states: a 0 or a 1. Quantum computers aren’t limited to two states; they encode information as quantum bits, or qubits, which can exist in superposition. Qubits represent atoms, ions, photons or electrons, and their respective control devices that are working together to act as computer memory and a processor. Because a quantum computer can contain these multiple states simultaneously, it has the potential to be millions of times more powerful than today’s most powerful supercomputers.

Quantum computers also utilize another aspect of quantum mechanics known as entanglement. One problem with the idea of quantum computers is that if you try to look at the subatomic particles, you could bump them, and thereby change their value. If you look at a qubit in superposition to determine its value, the qubit will assume the value of either 0 or 1, but not both.

Can a real quantum computer be made?

To make a practical quantum computer, scientists have to devise ways of making measurements indirectly to preserve the system’s integrity. Entanglement provides a potential answer. In quantum physics, if you apply an outside force to two atoms, it can cause them to become entangled, and the second atom can take on the properties of the first atom. So if left alone, an atom will spin in all directions. The instant it is disturbed it chooses one spin or one value; and at the same time, the second entangled atom will choose an opposite spin or value. This allows scientists to know the value of the qubits without actually looking at them.

If functional quantum computers can be built, they will be valuable in factoring large numbers, and therefore extremely useful for decoding and encoding secret information. If one were to be built today, no information on the Internet would be safe. Our current methods of encryption are simple compared to the complicated methods possible in quantum computers. Quantum computers could also be used to search large databases in a fraction of the time that it would take a conventional computer. Other applications could include using quantum computers to study quantum mechanics, or even to design other quantum computers.

But quantum computing is still in its early stages of development, and many computer scientists believe the technology needed to create a practical quantum computer is years away. Quantum computers must have at least several dozen qubits to be able to solve real-world problems, and thus serve as a viable computing method. 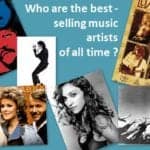 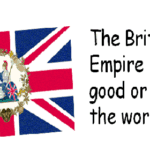