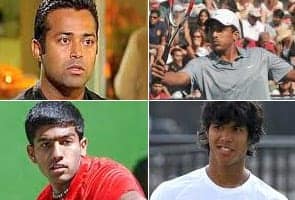 Indian tennis players at US Open 2011

It appeared that there could be something for the Indian Tennis fans to cheer about in this edition of the US open with Rohan Bopanna reaching the semi finals of the men’s doubles along with his Pakistani partner Aisam-ul-Haq Qureshi.
But the duo crashed out with a 2-6, 6-7(4) loss to the Polish pair of Marcin Matkowski and Maruisz Fyrstenberg. The match went on to be an 82 minutes thriller.
The Indo-Pak pair were not impressive in the first set which was completely dominated by Matkowski and Fyrstenberg, who converted two of the three break points but the duo put up a tough fight in the second set but failed to keep up the momentum in the tie-breaker to lose the set and the match.
With Bopanna’s loss, India’s challenge at the US Open is over.
Earlier in this event Matkowski and Fyrstenberg ruled out Paes/Bhupati pair in the quarter-finals.
While there was nothing in the singles event with Somdev and Sania Mirza losing out in their first rounds only, the Indians did well in the other sections.
Mirza/Vesnina pair went on till third round where they were defeated unluckily by 6-7(4), 6-7(5) and in the mixed doubles Paes/Vesnina pair reached the semi-finals where the pair unfortunately had to opt out because of Leander’s injury.
Though there is nothing for Indian fans to celebrate in this edition of US OPEN but we can certainly hope for something to cheer about in the coming grand slams.

Do tell us what you feel about the performance of Indian Ace Players ! 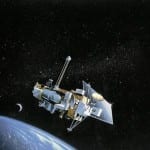 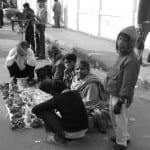