Kashmir has long been the apple of discord between India and Pakistan. The decade long conflict has polarised Indian households too. While some declare Kashmir a terror state and demand punishment for every Kashmiri, some call out the atrocities of Indian armed force in the valley as the reasons of insurgencies. But if we are to look closely, both the groups are at the extremes of the same spectrum that kept the Kashmir issue alive for so long. But to understand the perspective of Kashmiris, you need to step in the shoe of one, look at things in the light of their experiences.

In this first part of this article, let me take you through the formative years of two sibling rivals, India and Pakistan and the timelines of the crisis.

Jammu and Kashmir came into existence as a princely state with the signing of the Second Treaty of Amritsar between the British East India company and Raja Gulab Singh of Jammu. When the Sikhs failed to pay part of the demand made by the British as per the Treaty of Lahore, Gulab Singh paid East India Company on their behalf. In return, the Sikhs gifted him Kashmir Valley, part of their territories.

In May 1946, Sheikh Abdullah launched the “Quit Kashmir” movement against the Maharaja Hari Singh. When Jawaharlal Nehru attempted to go to Kashmir to defend Abdullah in court, he was arrested and forced to leave the state. On the other hand, representatives of the Muslim Conference met Jinnah and were advised to capitalize on the failure of Sheikh Abdullah to unseat the Maharaja. Amidst these internal unrests, the Maharaja declared that Kashmiris would decide their own destiny without any outside interference. The British Resident in Kashmir pointed out that the Maharaja and Prime Minister Ram Chandra Kak intended to stay away from the Indian Union. Additionally, the newspaper “The British Resident” reported that the “new leaders” of the Muslim Conference, Chaudhry Ghulam Abbas and Agha Shaukat Ali were stirring anti-Hindu sentiments in the guise of Muslim unity.

The early discords were soon to be amplified post-August 15, 1947 when the princely states of the Indian subcontinent were given a choice as per Article 2 (4) of the Independence Act, to select whether to accede to India or Pakistan or remain a neutral state. The mixed demography of the princely state of Jammu & Kashmir attracted pressure. Around 1947, Pakistan attacked Jammu & Kashmir for the first time. Following the Muslim revolutions in the Poonch and Mirpur area, Pakistan allegedly backed Pashtun tribes from the Khyber Pakhtunkhwa region, that aimed at supporting the revolution. This formed the basis of the first crisis when Maharaja Hari Singh asked the Indian military for assistance. Seeing this as an opportunity to make Kashmir accede to India, Jawaharlal Nehru, promised Indian assistance only if Kashmir agrees to accede to India. What followed the signing of Instrument of Accession of Kashmir to India, on 26th 1947 resulted in the Kashmir conflict that ensured decades-long bloodshed in the subcontinent.

The first crisis ended as a result of the Karachi Agreement, a UN-mediated settlement between India and Pakistan. During the signing of Instrument of Accession, the representatives to the Constituent Assembly proposed that only the provisions of the Indian Constitution pertaining to the original Instrument of Accession will be applied to Jammu & Kashmir. Accordingly, Article 370 was incorporated into the Indian Constitution, which stipulated that Indian Central Government can interfere in the matter of state only with the concurrence of the Jammu & Kashmir State’s constituent assembly. This was touted as a “temporary provision” as it was intended to last till the formulation and adoption of the State’s constitution. However, the State’s constituent assembly dissolved itself on 25 January 1957 without recommending either abrogation or amendment of Article 370. This incident paved ways for further crises in the time to come.

Post the merger between the Jammu & Kashmir National Conference (JKNC) and Indian National Congress (INC) in 1965, armed insurgents from Pakistan attacked government installations, state police, and state and central troops in the state of Jammu and Kashmir beginning August 5, 1965.  The insurgent troops launched a military offense within the state of Jammu and Kashmir on September 1, 1965. In retaliation, Government troops launched counter-measures against insurgents on September 5, 1965. The crisis was dissolved temporarily as representatives of the Indian government and Pakistan signed the Soviet Union-mediated Tashkent Declaration on January 10, 1966.

Tension started to brew once again, from 1977, with the foundation of Jammu & Kashmir Liberation Front (JKLF) by Amanullah Khan and Maqbool Bhat in opposition to the Indian government, in Birmingham (UK). But before the world would see the horrors of JKLF, a few more things happened in the subcontinent.

The first incident to happen was in 1979; Russian invasion of Afghanistan. As a result, the US and Pakistan became involved in recruiting, arming, training, and unleashing the Mujahideen on the Afghanistan front. The Mujahideen so recruited would, in the late 1980s, take on their own agenda of establishing Islamic rule in Kashmir. The second thing that did happen was – the then Indian consul general in Birmingham, UK, Ravindra Mhatre, was abducted by JKLF militants and murdered. In response, India executed Maqbool Bhat in February 1984. Soon, protests and strikes by Kashmiri nationalists broke out in the valley, where a huge number of Kashmiri youth participated in widespread anti-India demonstrations, which faced heavy-handed reprisals by the J&K state forces.

The third incident and the final nail on the coffin was the election of Ghulam Mohammad Shah to replace Farooq Abdullah as the chief minister of Jammu and Kashmir. While the move was supposed to give Indian Government an upper hand, it backfired. G. M. Shah, who did not have people’s mandate, turned to Islamists, notably Molvi Iftikhar Hussain Ansari, Mohammad Shafi Qureshi and Mohinuddin Salati, to gain legitimacy through religious sentiments. When faced with opposition in 1986, to his decision of constructing a mosque within the premises of an ancient Hindu temple inside the New Civil Secretariat area in Jammu, Gul Shah retaliated by saying, “Islam khatre mein hey” (Islam is in danger). This resulted in the infamous exodus of Kashmiri pandits from the valley. Within a month of this statement, Shah was dismissed from his duties as CM of Kashmir and the state of Jammu and Kashmir was placed under presidential rule from March 6 to November 7, 1986. The presidential rule ended with Farooq Abdullah forming a coalition government as Chief Minister on November 7, 1986.

The change in the power dynamic was not received well by Islamist and separatist groups. After the victory of JKNC in 1987 state election, Muslim United Front (MUF) alleged that the elections had been rigged. At the same time, the insurgency in the Kashmir Valley gained its momentum following this event. Because the co-incidental end of the Soviet occupation of Afghanistan released unvented and uncontrolled militant energy and weapons to Kashmir. While Pakistan provided arms and training to both indigenous and foreign militants in Kashmir, the Indian government placed the state of Jammu and Kashmir under the presidential rule against article 370, on January 19, 1990, flagging the beginning of the ongoing crisis in the valley.

If we look back at the long history of Kashmir, we can see a war-torn state feeding the toxic masculinity and religious preachings of certain factions of the society. But the general Kashmiris were not unreceptive towards Indian government, until recently. Their support can be seen in the victories of JKNC since its inception.

However, one of the two things that fueled the de-popularization of Indian Government in the valley, was the exodus of Kashmiri pandits. With majority of Hindu population out of the valley, it became easy for the islamist groups to brainwash the Kashmiri muslim youth to join the separatist groups, often with the promise of free land for all Kashmiris. It is important to note that, quite ironically the general populace of Pakistan occupied Kashmir (PoK) is not happy either with the treatment they receive from Pakistan.

The second of the two things and currently the major reason of aggravation against Indian government, is the imposed Presidential rule. Presidential rule in the valley entrusted Indian army with absolute power and clashes between common Kashmiris and Indian Army climbed a steep line when some went on to exploit their power. This resulted in human rights abuses in the Indian state of Jammu and Kashmir. The abuses range from torture, enforced disappearances, mass killings, rape and sexual abuse and used as a tool of political repression and suppression of freedom of speech. Indian Army, Border Security Force (BSF), Central Reserve Police Force (CRPF), and various separatist militant groups have been equally accused and held accountable for committing severe human rights abuses against Kashmiri civilians. However, it is important to note that of all the major human rights incidents in the valley, Indian armed force is accused of eleven such cases (More on this in the second part).

So, now if we look back at Kashmir, who do we blame? Our petty political greed? Foreign support (US)? Religious sentiments? This is the answer we need to find if we are to save a million more lives. Also, the question we need to ask is what is the cost of this war? What is the currency that is accepted in the grand scheme of things? My next take on this topic will cover the casualties of this decade long war. 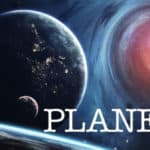