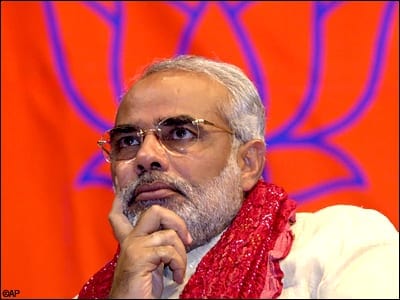 Can Mode ‘Modi’ be activated as the future PM mode for India?

Narendra Modia has finally responded back to media and to the world.  Narendra modi even wrote an open letter telling the world what he went through and that he always was innocent. Doing this at this stage of time when BJP seeks a new leader, we try to our imagination to work and try to figure out whether Modi can be the next PM of Indian or not?

That one drop of the opposition party which can tend to cause ripples among the ruling party is none other than Narendra Damodardas Modi, the current Chief Minister of the Indian state Gujarat. With the latest incidence of a three day ‘sadbhavna fast’ for the state welfare has sprouted pins among the Congresses, the modesties of Modi have widened some new spheres of his career.

With the latest statement from L.K. Advani which accentuated some new horizons, to rise as well to set among the eyes of many Parliamentarians plus the common man has brought the circumscribed Chief Minister to the epicenter of news. The projection of Narendra Modi as the future Prime Minister of India, by the Opposition party BJP sprung pop-ups among the intra and inter polity of the country. However, the vox populi is yet to decide in 2014 when the 16th Lok Sabha elections arrive. By the time, what stands center-stage are the deeds, painted both white and black by the Gujarat CM.

The state with a shooting growth rate and yet climbing is by the virtues of a strong leader who has promised for its growth with the two-third majority in the state elections of 2009. What further glorifies is the appreciation by the United States in terms of governance in Gujarat. With the earthquake in 2001, a big challenge for the State Government, they have proved their continuous stamps of success in the books. Many other events like Vibrant Gujarat and village schemes for the state development have showed promising results showering in pockets of Modi. What further intensifies is the neutrality among all religions as portrayed in the past years by the minister in the state cultural issues. Although, a gulf between the Gujarat led BJP and RSS has widened with such actions, yet the development done in all spheres have made a path broader for Modi towards New Delhi. The viewpoint on anti-terrorism by the minister and the failure of the Special Investigation Team by the honorable Supreme Court to provide any evidence against him in involvement in Godhra riots till date has proved a major stronghold for Modi.

Now when the bird takes its first flight, many creepers around the tree expect its fall by virtues of living in Schadenfreude world. With the current Modi-istic news all around, sudden questions appear from the ruling party. Whether it is his past experiences as an associate with the RSS or the black page of Godhra riots. Modi’s failure to act upon the resentment of riots and the killing of masses may stroll the current success into lopsided box. What further deepens the criticism by the ruling party at the center is the fact that Modi may take the stage when the elections knock the doors of Parliament in 2014. Till that time, more Modi-facts shall be discovered by the newsgroups and bloggers in the turn and twist case.