The word euthanasia is derived from Greek word “eu” which means good and “thanatos” which means death. So, euthanasia literally means good death. Also, known as mercy killing, it is actually a practice of ending one’s life intentionally to relieve that person from his or her pain and suffering. There are two procedures. In one of the procedures, called active euthanasia, the person is injected with a lethal substance that leads to death.

On the other hand, in the second procedure called passive euthanasia, the necessary treatments are withheld that hinders the continuity of life and therefore leads to death. In the present world euthanasia is one of the most active areas of research in the field of bioethics.
Should euthanasia be legalized?

Few feel that euthanasia should be legalized. People who are terminal ill with no scope of improvement or recovery should have the right to choose voluntary death and die with dignity rather than live a few more days or, at most, months of pain and suffering. It is one practical solution for people who

wish to end their life rather than live on medications and machines. When one has the right to live one must also have the right to end his or her life.

Whereas, there are those as well who opine that euthanasia is equivalent to murder. They believe that nobody has the right to end life which is God’s gift. A number of religious and moral conflicts arise with regard to euthanasia. 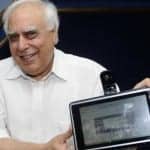 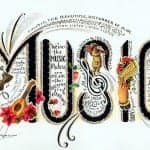