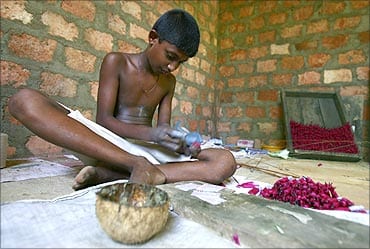 Child labor has been prevalent in India since the time of inception of industries. Most of the child labor is employed in hazardous industries like fireworks, match-box, stone quarry, gems cutting and polishing, bangle making and glass industry, brick kilns, etc. In Sivakasi, the biggest cracker industry in India, forced child labor is a depressing reality. Instead of enjoying their childhood and getting educated, these children are living a life of bondage and slavery.

Pledge for a safer Diwali… Stand against the use of fireworks…

It is probably hard to imagine Diwali without the noise and glitter of crackers. Every year, millions of people purchase so many crackers. With the increase in demand of firworks, not only in number but also in variety, there is an increase in the number of children forced into making them. Every firework you burn has been made by those tiny hands whose future has been dragged into doom.

Give me one reason to burn crackers?

They pollute our environment. Any serious mishap with fireworks can cost you your life! Millions of children are forced to work for making them. Many of these children die due to one or the other mishap or some health hazard due to working with poisonous chemicals.

What use are you putting your hard earned money to? Imagine what good you can do with that amount of money. A number of educational facilities and hospitals can be build, poverty can be dealt with and so much more!

Next time you light fire to a cracker remember there is a poor child whose education you could have funded with that money or at least you could have saved their childhood from those dingy, dark, claustrophobic rooms where they are work tirelessly to fulfill your demands. 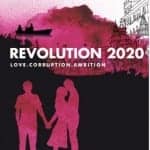 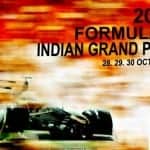