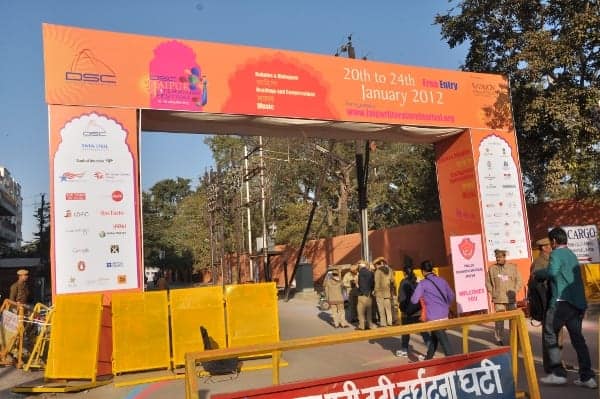 Morning started with 4 sessions happening at the same time in four courtyards of vast Diggi palace,but as expected session ‘In search of a story ‘ where Chetan bhagat was in conversation with john Elliott, saw jam packed crowd, everyone trying to have a glimpse of their favourite Indian author.

Chetan spoke on corruption, nothing new, but the same old scripted speech which our politicians have mastered. Rest he talked about literature and upcoming generation.

Amy chua, who is most noted for her parenting memoir, ‘Battle Hymn of the Tiger Mother’, was seen in conversation with Madhu Trehan at the Mughal tents, the event was sponsored by Times of India.

Journalist, author, and staff writer of The New Yorker, Philip Gourewitch was introduced by Akash kapur at the session named ‘Reckonings’. Philip talked about Genocides and homicides which mostly all of his books deal with. He also talked about U.S presidency elections of 2004 which he covered for New Yorker.

Parsoon joshi and Gulzar was present in the house for ‘Suno Sunao Ek Kahani’ a session supported by Hindustan Times.

Then there was famous Nigerian Poet and Novelist Ben Okri who is known for his work in the book’The Famished Road’ for which he won the booker Prize. He was seen in conversation with Chandrahas Chaudhary.

Also famous writer A.C Grayling, who is known for his study in metaphysics, was seen speaking on the topic ‘In Defence of the Enlightenment’

Later in the evening ‘DSC Prize for South Asian Literature2012:Award ceremony’ was held at Front lawns, where Singapore based Sri Lankan author “Shehan Karunatilaka” was awarded the Prize for his book ‘Chinaman’ a novel that explores cricket as a metaphor to uncover a lost life and a lost history. He was awarded a Prize of U.S $50,000.

Day also witnessed famous film director ‘Vidhu vinod Chopra’ which was here for the book launch of his daughter.

The day ended on a melodious note with ‘Sabri brothers’ who are famous for their Qawwali and ‘Shruti Pathak’ performing live for audience. Though there was a 200 Rs fare for audience but free entry for delegates and people from press. 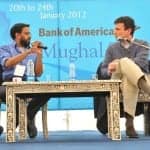 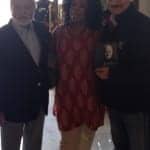