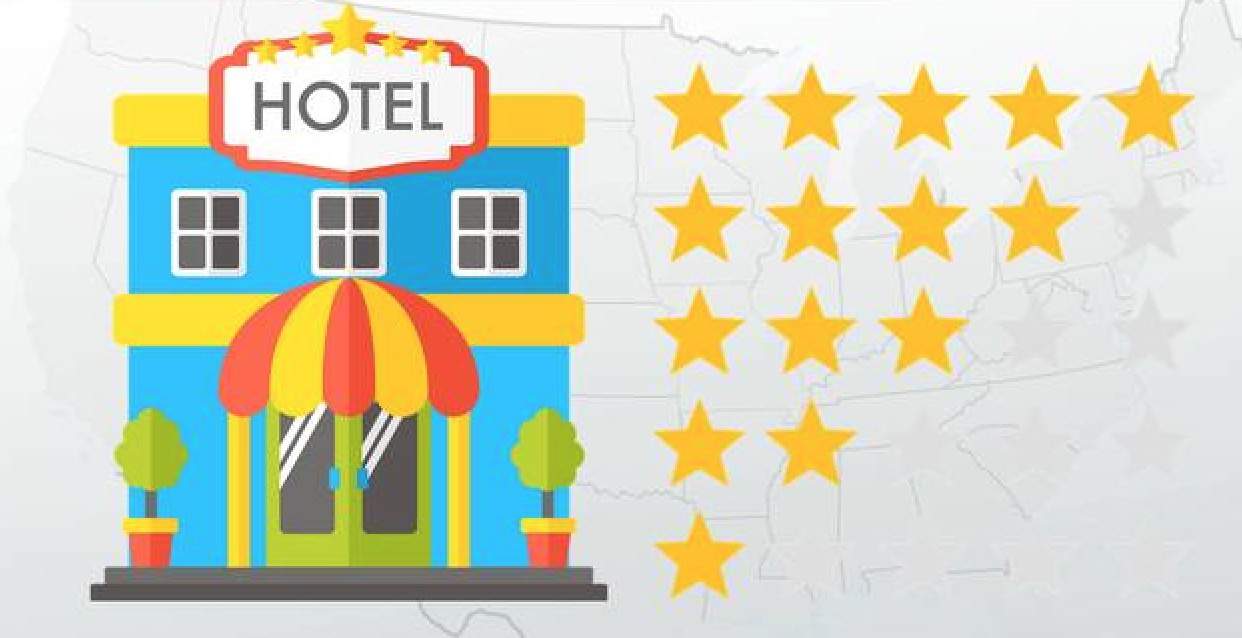 How do a hotel get star rating ?

Hotels have been always linked at being a luxury 5 star or a normal mid-amenity 3 star, but what does this rating actually means and how hotels get their rating?

On the whole, star ratings can be very useful; if you’re just crashing for a few hours during a road trip, you don’t need many amenities, and probably don’t want to pay for them either. But if you are on your only real vacation of the year and will be staying several days, you don’t want a flea-pit with dark rooms, poor service and, worst of all, bad (or no) coffee. Star ratings can give you a very quick sense of what the room at the inn is really like.

Hotels are independently assessed in traditional systems and rest heavily on the facilities provided. Some consider this disadvantageous to smaller hotels whose quality of accommodation could fall into one class but the lack of an item such as an elevator would prevent it from reaching a higher categorization.

In recent years hotel rating systems have also been criticized by some who argue that the rating criteria for such systems are overly complex and difficult for laypersons to understand. It has been suggested that the lack of a unified global system for rating hotels may also undermine the usability of such schemes.

Food services, entertainment, view, room variations such as size and additional amenities, spas and fitness centers, ease of access and location may be considered in establishing a standard.

Some countries have a rating by a single public standard – Belgium, Denmark, Greece, Italy, Malta, Netherlands, Portugal, Spain, and Hungary have laws defining the hotel rating. In Germany, Austria and Switzerland the rating is defined by the respective hotel industry association using a 5-star system – the German classifications are Tourist (), Standard (), Comfort (), First Class (****) and Luxury (*****) with the mark Superior to flag extras beyond the minimum defined in the standard.

In France, the rating is defined by the public tourist board of the department using a four star system (plus “L” for Luxus) which has changed to a 5-star system from 2009 on. In South Africa and Namibia, the Tourist Grading Council of South Africa has strict rules for a hotel types granting up to 5 stars.

It has been considered that, as it has been the case in other areas (e.g. international accounting standards), hotel classification standards should result from a private and independent initiative. This may be the case of the World Hotel Rating (WHR) project, which notably aims to set international classification standards and rating criteria along the lines of a world star-rating system. It will also establish an information platform on the hotel industry which will be multilingual and multicultural.

WHR intends to play a key role in the development of quality hotel services, as well as equitable and sustainable tourism, and the protection of the world’s cultural and natural heritage. In addition, WHR will develop labels to promote hotels distinguished by specific features, such as a family and child-friendly disposition. A test period is scheduled for 2010.

The European Hotelstars Union has created a profiling system based on the earlier German hotelstars system that had widely influenced the hotel classifications in central Europe. The main criteria are in quality management, wellness and sleeping accommodation.In the catalog of criteria each entry is associated with a number of points – each Hotelstars level requires a minimal sum of points besides some criteria being obligatory for the level. The minimum requirement for the Superior flag requires the same sum of points as for the next Hotelstars level which however was not awarded due to at least one obligatory requirement being left out.

Some members of the hospitality industry have claimed a six or seven-star rating for their operation. As no organization or formal body awards or recognizes any rating over five star deluxe, such claims are meaningless and predominantly used for advertising purposes. The Burj Al Arab hotel in Dubai is widely described as a “seven-star” property, but the hotel says the label originates from an unnamed British journalist on a press trip and that they neither encourage its use nor do they use it in their advertising.
Different hotels get their rating from different agencies, in some countries the government does the job while some hotel gets their stars from some independent rating organizations.

So did this article helped you in selecting your hotels for your next trip, do tell us.

7 Men’s Ethnic wear that will make you look dashing this Diwali festive.

Classic Ethnic Buys to ace up your look