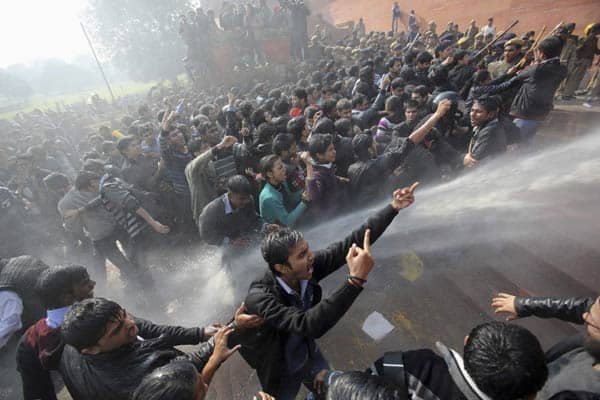 A letter from a scared & fearful INDIAN brother, son & friend !!

WE live in such a sick world!!

I used to ask all my friends to read news about the world and actually know what all is happening throughout the world.

But now I think it’s better that people know little other than what goes in their lives…or they would have already know that The world is such a sick place!!

I am glad that almost no one or just a few knows who “Amanda Todd” was or “have ever read horrifying stories about war crimes on women” or “know why saddam hussain,Gaddafi deserverd to be killed” or “know why average life expectancy in African countries like angola, zambia etc is less than even “40” years” or “the fact that a girl is raped every “18 hours” in Delhi only and among them 10% were under 10 years old”… …. the list is endlesss…I can keep going on …….

And it’s not just the women who feel insecure but the brothers, father, boyfriends and all of us who respect women. We have this “being afraid” feeling which just is deep in our heart and won’t mitigate but keeps on making us more afraid each day. It’s alarming & sad when you have to escort you sisters to a metro station just to make sure she is safe while she uses public transport or when she is outside home. It’s sad when you walk with a girl and concentrate more on her safety than concentrating on what she says. It’s condescending when you are with a girl and have to walk silently when some men pass lewd comment about the girl you are with!!

We pay taxes, we vote, we selected the government !! And all we ask for is them to do their work. We just ask politicians to make strong laws, police to protect us, society to be our moral support but what we get?? Politicians behaving like animals in the parliament, throw chairs, watch porn and fight on quota for promotion !!! The average cost of each minute in parliament is “2.5 lakh. Instead of valuing this time what we see is the honorable speaker asking the “representatives” of the country to calm down and behave. The police on the other hand making us feel secure , scares us. They blame the victim for travelling in the wrong bus, wearing provocative clothes and affirm us that they are doing all they can!! Rashtrapati Bhawan alone has 968 cops deployed inside. With 8,558 personnel , it has the biggest staff allocation among all Delhi Police units. But the second largest allocation is for VIP security, with 7,315 policemen guarding 416 VIPs roughly 20 cops to a VIP.The society everyone cares about is just a mere onlooker. Everybody is so busy when they should have had lend a helping hand to someone in need but instead society leaves no stone unturned in making our life miserable when we need their support the most.

We thought India would a better country when it’s free !! This is freedom… !! It is estimated that during the partition, up to 100,000 women were kidnapped and raped. And even after that rape cases have risen by “873%” since 1953 , even though we are more literate, more civilized and have more jobs !! Of the 5,337 rape cases in the last decade, in 3,860 the culprits were either acquitted or discharged by courts for lack of “proper” evidence. And this is when just 10% of cases actually ever get registered !!!

India keeps waking up .Before it was Jessica Lal case who was shot for not serving a drink in a bar, then it was the lokpal to remove corruption, now it’s the gang rape and soon it will be something else…. I don’t want to be part of the blame game and start blaming the government or police or society. I am just confused and want nothing but to just get rid of the fear I have for my mother, sister and everyone else…

I pray that one day we can have a safer INDIA. But I don’t think this happening anytime soon….

A letter from a scared & fearful Son, Brother, Friend….. 🙁

References for the stats