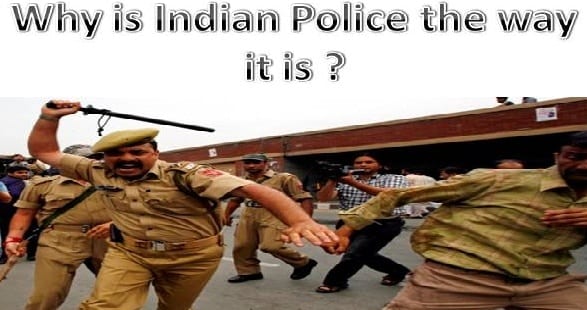 Why is Indian police so corrupted ? : dailyjag.com

“A functioning police state needs no police” though Burroughs did mean it this can at best be considered an utopian dream in our society. To better realize this utopian dream Indian Police Services were created.

India Act 13 of 1856 reformed the municipal police administration in the three Presidency capitals (Calcutta, Madras, Bombay). They were each placed under a Commissioner who was responsible directly to the Governor of the Province. India Act 5 of 1861 established a uniform system of police administration throughout British India with an Inspector General at the head of the police in each province. Mind you India had at that time 655 princely states and they managed their law enforcement separate from the British Regime. Back then it was called the Imperial Police(IP). People who are held culpable are dealt with in accordance with the Indian Penal Code. The penal code was first formulated back in 1860 by Lord Macaulay and came into effect two years later.It consists of exhaustive but equally vague 511 sections.

In 1948 the Imperial Police was rechristened into Indian Police Services. As mandated in the Indian Constitution the police is a state subject. Each state and union territory of India has a state police force, headed by the Commissioner of Police (State) or Director General of Police (DGP). It is controlled by the Chief Minister and Home Minister of the state/union territory. The state police is responsible for maintaining law and order in townships of the state and the rural areas.

The state police is organized into ranks

The most important elements of police corruption are a misuse of authority and misuse of personal attainment. Widespread corruption at every level of the administrative department poses as a great obstacle in its working, efficiently and effectively. It inverts the goals of the organization, that is, it may encourage and create crime rather than deter it. One of the main causes for this is that police officials have ceased to act as professionals and are politicized to a great extent. They are manipulated by political leaders, who have misused the power of appointments and transfers to patronize weak or corrupt officers for their own selfish purposes at the cost of public interest. These leaders appoint wrong persons for the top jobs as they are willing to carry out the dictates and wishes of their political masters for their own survival.

The main areas for their interference are appointments, transfers, rewards, and punishments. General police corruption includes bribery or exchange of money or something of value between the police and the wrongdoer. Other police crimes may range from brutality, fake encounters, sexual harassment, custodial crimes, to illicit use of weapons. Despite an attempt to eliminate corruption by ways like increased salaries, upgraded training, an incentive for education, and developing policies that focus directly on factors leading to corruption, it still exists.

Even though the government spends over 67% of the Home Ministry’s budget on the police, there has been no noticeable improvement in the behavioral and attitudinal pattern of police personnel. Apart from allocating 67% of the budget on police, Rs 800 crores are being spent on modernization of the police forces of states for the last three years. Yet there is no improvement in the conduct of the police personnel of all ranks. Supreme Court has decreed the following measures to implement reforms: A minimum tenure for DGP’s and other senior officers. Setting up of State security commissions. Separation of investigation from law and order Establishment of a police panel to decide transfers and promotions. A central terror agency – christened National Investigating Agency (NIA) has been set up and laws been tightened to allow wiretaps being used as evidence, in camera trials and fast track special courts to deal with terror cases.

The Agency would be free to take up terror-related crimes on its own across states without getting special permission from states (law and order being a State subject). Drug trafficking and counterfeit currency have been clubbed together with terrorism as designated “scheduled crimes” that can be dealt with by the NIA.

In today’s situation, there is more urgent need to address basic issues like improving the working conditions of the police persons, inhumanly long working hours, the inadequate police-population ratio, a pay structure which is not proportional to the work allocated and, the disproportionately low budget for meeting the day to day expenses. All these are some major factors which are responsible for contributing to the image of the Police Force as insensitive and a corrupt organization. As long as a majority of citizens are willing to go along with corrupt police officers, mainly for the reason to obtain favors, there is no way in which corruption can be curbed. For making the picture cleaner and corruption free for the future generation, it is necessary to put in efforts now. 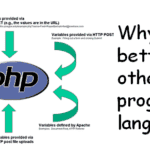 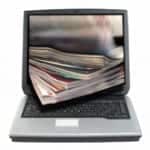