What is the difference between hypermarket, supermarket & departmental store ?

New stores are being opened up each day in various cities some call themselves supermarket while some departmenal store andwhatever. But what characteristics make a store a hypermarket, supermarket or something else.

Hypermarkets, like other big-box stores, typically have business models focusing on high-volume, low-margin sales. Because of their large footprints — a typical Wal-Mart Supercenter covers anywhere from 150,000 square feet (14,000 m2) to 235,000 square feet (21,800 m2), and a typical Carrefour covers 210,000 square feet (20,000 m2) — and the need for many shoppers to carry large quantities of goods, many hypermarkets choose suburban or out-of-town locations that are easily accessible by automobile. It is also the place where more than 200,000 brands are available.

There are typically no hypermarkets in India, while deals have been finalized with Walmart and we might see a few Walmart stores in a few years. Some big stores call themselves hypermarket which include Sarvana Stores in Chennai, a few Big Bazaar stores, V Mart in Delhi and many more.

A supermarket, a form of grocery store, is a self-service store offering a wide variety of food and household merchandise, organized into departments. It is larger in size and has a wider selection than a traditional grocery store, also selling items typically found in a convenience store, but is smaller and more limited in the range of merchandise than a hypermarket or big-box store.
The supermarket typically comprises meat, fresh produce, dairy, and baked goods departments, along with shelf space reserved for canned and packaged goods as well as for various non-food items such as household cleaners, pharmacy products and pet supplies. Most supermarkets also sell a variety of other household products that are consumed regularly, such as alcohol (where permitted), medicine, and clothes, and some stores sell a much wider range of non-food products.
The typical example of a supermarket is Subhiksha store which are now closed.

A department store is a retail establishment which satisfies a wide range of the consumer’s personal and residential durable goods product needs; and at the same time offering the consumer a choice of multiple merchandise lines, at variable price points, in all product categories. Department stores usually sell products including apparel, furniture, home appliances, electronics, and additionally select other lines of products such as paint, hardware, toiletries, cosmetics, photographic equipment, jewellery, toys, and sporting goods. Certain department stores are further classified as discount stores. Discount department stores commonly have central customer checkout areas, generally in the front area of the store. Department stores are usually part of a retail chain of many stores situated around a country or several countries.

Other type of stores

General Stores A general store, general merchandise store is a rural or small town store that carries a general line of merchandise.

Grocery Store A grocery store is a store that retails food.

And many more different types of stores exist depending on the product they sell and size of the establishments.

Please let us know what do you think about the various types of stores. 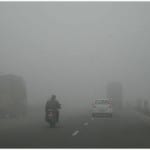 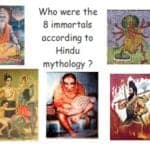