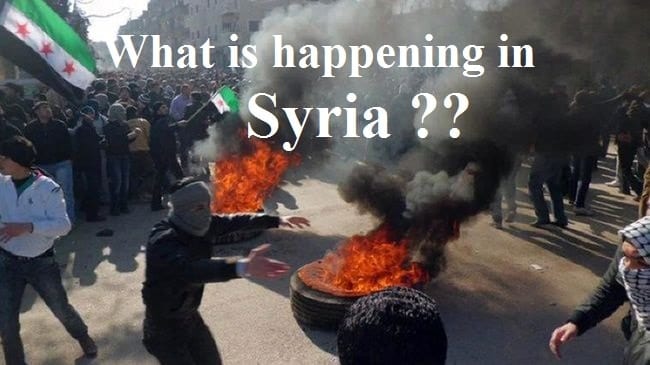 what is happening in syria ?

After a slow start, the unrest sweeping the Middle East has reached the Levant. Protesters have been in the streets of Daraa, an agricultural town in Syria’s extreme southwest near the border with Jordan, since March 15. They started after a group of children between 10 and 14 were arrested for painting anti-regime graffiti on a wall in town and hauled off to Damascus without their parents being informed. That brought residents of the town, which has typically been loyal to the government, to the streets. In attempting to squelch the protests, government forces killed six people on March 18 and more four days later. On Thursday, 20,000 people marched in funerals for the dead, which doubled as massive demonstrations against the government of President Bashar al-Assad. Meanwhile, activists across the country have begun to coordinate, and Friday was proclaimed a “Day of Rage.” Protests, along with arrests, injuries, and deaths, have been reported in cities across the country.

Who and What Are They Protesting Against?

The government is led by President Bashar al-Assad, who’s been in office since 2000. He took over from his father, Hafez al-Assad, who ruled from 1971 until his death. The government is nominally Baathist, prescribing to the Arab nationalist movement founded in the 1940s, but that description is largely meaningless today, observers say. “The critics would say the guiding philosophy of the regime is to stay in power, and there’s a certain truth to that,” says David Lesch, a professor of Middle East history at Trinity University in Connecticut. The regime tends to justify itself in opposition to others, too, notes, Andrew Tabler, a Syria expert and Next Generation fellow at the Washington Institute for Near East Policy, a think tank with ties to the American Israel Public Affairs Committee. “The regime justifies its rule based on a state of war with Israel,” he says.

“The problem is that Bashar has no other legitimacy.” Assad has launched modest reforms, but the nation’s emergency law, in place since 1963, is still in force. Religion is a complicated proposition in the country: Most Syrians are Sunni, but Assad and many leaders in the government are Alawites, members of an esoteric Shiite sect, and they have ties to the Shiite regime in Iran, funneling weapons to Hezbollah on its behalf. They haven’t been kind to Islamists in their own country, launching a huge 1982 assault on members of the Muslim Brotherhood, who were revolting in the city of Hamah; between 10,000 and 30,000 people were killed. But despite the repressive regime and disdain for Islamists, the president isn’t a hated figure like Hosni Mubarak was in Egypt. “Assad is not universally reviled, and actually he’s pretty well-liked,” Lesch says. “You won’t see any WikiLeaks reports detailing his extravagant lifestyle, because he doesn’t have one.” And Assad has managed to keep Syria relatively stable—even though it’s perched precariously between Lebanon and Iraq—and has pursued some economic reforms.

Assad’s advantage, Tabler says: “There’s no separate army like in Egypt and Tunisia, and the minorities may believe that if the regime comes down, they could be massacred in revenge killings.”

What Do the Protesters Want?

It’s a good question—and there’s no simple answer. The fact that Daraa has become the spark for protests across the country is a good example. After Hafez al-Assad’s brutal crackdown on the Muslim Brotherhood, he sought to shore up his regime’s religious legitimacy by co-opting Sunnis in the south, around Daraa, and east, where tribal ties tend to be more defining than political Islamism. But despite its historical loyalty to the regime, Daraa was inflamed by a very local matter: the arrest of the children for graffiti. Some protesters are longtime democracy activists. Some, especially in the north, are likely Islamists demanding a greater voice.

But the largest motivation is similar to what we’ve seen in Egypt and Tunisia: a “youth bulge” of younger citizens who find themselves with good educations—provided by the state—but no opportunities for economic advancement and little voice in politics to change that. On top of that, Syria’s one of the more corrupt states in the region, with bribery being a crucial lubricant for doing almost anything. “The protesters are mostly in their teens and twenties, and have no memories of the repression of the 1980s,” says Ammar Abdulhamid, a Syrian pro-democracy activist and exile living near Washington, D.C. That makes them bolder than their parents. But the lack of shared goals among protesters across Syria could prove to be problematic for activists hoping to topple Assad or even extract serious reforms.

Not a whole lot, experts say. Although the U.S. reinstated diplomatic ties with Assad in 2009, it still has very little sway there. “The leverage in Syria is quite minimal,” says Steve Clemons, a fellow at the left-leaning New American Foundation with close ties to the Democratic foreign-policy establishment. “Syria and Iran are so hostile to the U.S. that the notion that we would have an interior power play is remote.” Instead, look for the same sort of cautious posturing the Obama administration used in Egypt: condemnations of state violence and declarations of support for the aspirations of the Syrian people. If the regime gets especially brutal, sanctions are a possibility.

What About Israel and Iran?

When Syria is on the U.S. policy radar, it’s often because of its neighbors Iran and Israel. For Iran, Syria is a valuable Sunni ally who helps keep supply lines open to Hezbollah in Lebanon and also helps connect with Hamas, the Palestinian Islamist group. Iran may decide that the risk of losing an ally in Damascus is too great and intervene on behalf of Assad with money, manpower, or weapons. Already, Abdulhamid says, there are rumors of Iranian or Hezbollah actions in support of the Assad regime sweeping through the crowds on the Syrian streets—although he says he hasn’t seen much evidence yet. As for Israel, it will probably continue the same wary silence it has maintained in the face of protests in Egypt and Jordan, Tabler says. If the Assad regime were to fall, Iran could be weakened and Hezbollah cut off, but any successor regime would likely be equally anti-Israel and perhaps more Islamist.

Is This the End for Bashar al-Assad?

It’s probably the most important question—and, naturally, the hardest to answer. Experts all agree that Assad will have to go further than the meager concessions he’s offered thus far—a replay of Hosni Mubarak’s futile attempts at appeasing the protesters in Tahrir Square. But Tabler says regime change is unlikely. The Daraa crackdown is dangerous in the short term because Assad risks destroying his Sunni base, but he has one advantage over leaders in Egypt, Tunisia, and Yemen. “Because it’s a minority regime, the same [Alawite] networks that are around the Assad family dominate the security apparatus and the army,” Tabler says. “There’s no separate army like in Egypt and Tunisia, and the minorities may believe that if the regime comes down, they could be massacred in revenge killings.”

Lesch says he thinks Assad still maintains enough support to survive, but isn’t totally safe. The problem, Lesch says, is that Assad has granted a great deal of autonomy to the Mukhabarat, the state-security apparatus. Lesch cited an incident in November 2007, when he flew to Syria for a meeting with Assad. Nonetheless, he was detained at the airport, interrogated for three hours by the Mukhabarat, and told he was blacklisted. “The right hand doesn’t know what the left hand is doing,” Lesch says, making it easier for the agency to unintentionally go rogue and undermine the regime gaffes like the arrest of the tweens in Daraa. “That leeway could make it harder for Assad to respond to localized protests, and allow them to spread.”\

As for Abdulhamid, he’s cautiously optimistic, arguing that the protests today are the greatest challenge the two generations of Assads have ever faced. “This is more serious than in 1982, because you didn’t see people in the street then,” he says. “The Assad family has never dealt with a situation like this before, and hopefully they won’t last to see another one.”

David Graham is a reporter for Newsweek covering politics, national affairs, and business. His writing has also appeared in The Wall Street Journal and The National in Abu Dhabi. 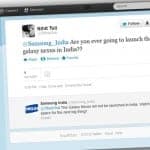 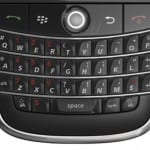