Does beer make you smarter?

Scientists at the University of Illinois in Chicago discover that men solve brain teasers better after a couple of beers. Facebook’s Mark Zuckerberg was known to give interviews while drinking beer. Coincidence?

Facebook can sometimes seem infuriating. How did these seemingly a-social people manage to become some of the richest humans on the planet by bringing people together via computers?

The theory is sparked by the recent research by the scientists at the University of Illinois in Chicago, who discovered that men who have ingested a couple of brewskis were far better at solving brain teasers than their sober, allegedly clear-headed counterparts.

Gamers are known to have beer side-by-side while engaging in virtual warfare. See this interview of Mark Zuckerberg where he is having beer:-

However, during that very same chat, he admitted that Facebook had only 20 employees, one of whom was “someone who orders our kegs.” A start-up that dedicates one employee solely to beer-ordering knows something the rest don’t. Start-ups like Facebook apparently begin more in the college fraternity than Harvard Business School mold.

Wiley explained it to the Daily News in a more intellectual manner: “We have this assumption, that being able to focus on one part of a problem or having a lot of expertise is better for problem solving. But that’s not necessarily true. Innovation may happen when people are not so focused. Sometimes it’s good to be distracted.” 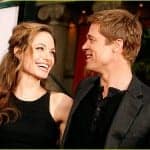 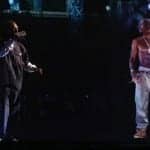