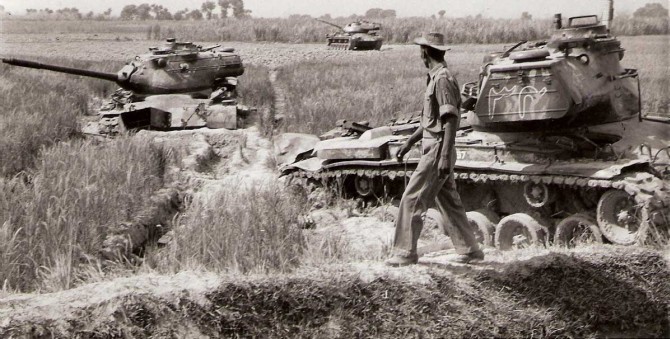 Kashmir the state which has been lauded as “heaven” on Earth but instead is a haven for terror. But did you ever wonder when it all started? It all began when newly formed Pakistan attacked the princely state of Kashmir, which was not a part of the “newly independent” India.

How it all started ?

Faced with painful choices, the Maharaja of Kashmir, Hari Singh, decided to avoid accession to either country. Pakistan later attacked “the princely state of Jammu & Kashmir”. Later on, following a Muslim revolution in the Poonch and Mirpur area and an allegedly Pakistani backed Pashtun tribal intervention from the Khyber Pakhtunkhwa that aimed at supporting the revolution, the Maharaja asked for Indian military assistance.

The Attack by Pakistan

The famous India-Pakistan war of 1947-48 or the First Kashmir War, was fought between “Pakistan” on one side and “Princely State of Jammu and Kashmir” supported by India on the other side. It all started when on 22 October 1947 the Pakistani armed forces crossed the border with the claim that they needed to suppress a rebellion on the southeast of the kingdom.

India set a condition that Kashmir must accede to India for it to receive assistance in the war. The Maharaja complied, and the Government of India recognized the accession of the erstwhile princely state to India. The Jammu & Kashmir National Conference volunteers aided the Indian Army in its campaign to drive out the Pathan invaders.

Hence Pakistan decided to take action, but the Army Chief of Pakistan General Douglas Gracey did not send troops to the Kashmir front and refused to obey the order to do so given by Muhammad Ali Jinnah, Governor-General of Pakistan. Gracey justified his insubordination by arguing that Indian forces occupying Kashmir represented the British Crown and hence he could not engage in a military encounter with Indian forces.

Local tribal militias and the Pakistani forces moved to take Srinagar but on reaching Uri they encountered defensive forces. Hari Singh made a plea to India for assistance and signed the Instrument of Accession. The British government also took part in stopping the Pakistani forces from advancing.

Pakistan finally did manage to send troops to Kashmir but by then the Indian forces had taken control of approximately two-thirds of the former principality. The Gilgit and Baltistan territories were secured for Pakistan by the Gilgit Scouts and the forces of the state of Chitral, another princely state that had acceded to Pakistan.

The animated “gif” from Wikipedia shows the J&K map with the areas under conflict:

The Choice by princely state of J & K

The “princely state” of Jammu & Kashmir, itself chose to become a part of India. The Pakistan forces won the initial phases of the war as the princely state were poorly armed and were incapable to compete with the “heavily armed” Pakistan forces. The Pakistani forces could have easily reached Srinagar and declared Jammu & Kashmir to be it’s dominion. But the forces stayed in the towns which it initially won and instead looted the cities and killed the local inhabitants.

Meanwhile, the princely state of Jammu & Kashmir asked India for help. India then airlifted troops to Srinagar and reinforced the princely forces. When Pakistani forces finally tried to move further into the state they faced strong counter-attack by the Indian forces.

The Indians after “more than 11 months” into war got the upper hand in all sectors. In 1948, Poonch was finally relieved after a siege of over a year. The Gilgit forces in the High Himalayas, who had previously made good progress, were finally defeated. The Indians pursued as far as Kargil before being forced to halt due to supply problems. The Zoji La pass was forced by using tanks (which had not been thought possible at that altitude) and Dras was recaptured.

At this stage, Indian Prime Minister, Jawaharlal Nehru, decided to ask UN to intervene. A UN cease-fire was arranged for the 31 December 1948. A few days before the cease-fire the Pakistanis launched a counter attack, which cut the road between Uri and Poonch.

After protracted negotiations a cease-fire was agreed to by both countries, which came into effect. The terms of the cease-fire as laid out in a United Nations resolution of August 13, 1948, were adopted by the UN on January 5, 1949. This required Pakistan to withdraw its forces, both regular and irregular, while allowing India to maintain minimum strength of its forces in the state to preserve law and order. On compliance of these conditions a plebiscite was to be held to determine the future of the territory. In all, 1,500 soldiers died on each side during the war and Pakistan was able to acquire roughly two-fifths of Kashmir, including five of the fourteen eight thousand plus peaks of the world, while India maintained the remaining three fifths of Kashmir, including the most populous and fertile regions.

The region that “Pakistan” conquered in now known as “Pakistan Occupied Kashmir” which they call as “Azad kashmir”. Pakistan even celebrates Kashmir Solidarity Day on February 5, each year since 1990 as a day of protest against Indian control of Jammu and Kashmir.It is a national holiday in Pakistan. Nowadays, the so called “Azad Kashmir” is haven for terrorists. The terrorists who attacked Mumbai on 26/11 were trained in the regions of “Azad Kashmir”.

India’s first prime minister, Jawaharlal Nehru, had refused to give Pakistan their share of the money that was due to them after partition. But Gandhi went on a fast till death to protest against this injustice against the newly created Pakistani state and this pressure led to Nehru’s agreeing to pay the money so direly needed by the new Muslim nation. Pakistani text books and movies show Gandhi as being “Anti-pakistan” and one who failed to do anything for the million who died during partition. Neglecting the fact that “Jinnah” demanded the partition not Gandhi. But Gandhi is depicted as a villain in Pakistan while that  literally raised “Jinnah” to the level of God.

It is also ironical that India gave “Rs 55 crore” (Aroud “Rs 3500 crore” in today’s time) to Pakistan to help the nation. But Pakistan even though poverty ridden, decided to use these funds to attack Jammu & Kashmir which was an independent princely state.

Not many know that “Rs 55 crore” was just the “first” installment of a total of “Rs 75 crore” that was given to Pakistan in aid. But following the 1947-48 war the second installment “Rs 20 crore” was never paid. The “Rs 75 crore” that was to be paid was a result of Gandhi ji’s fast unto death, as he thought it was necessary to help Pakistan being a newly formed country.

Pakistan never won any of the “four wars” it fought with India, but still it is well known that Pakistan will not miss any chance if given to attack India. Recently, Pakistan attained “nuclear warfare” and has been touting itself as being tantamount to India’s military power. World powers have shown grieve concern on the security of these nuclear missile base as they could fall into hands of Taliban or other forces. We fear that they already are in dangerous and “incapable” hands.

Do tell us what are you views on the topic ? 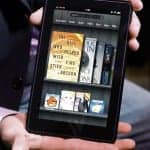 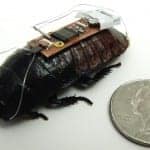