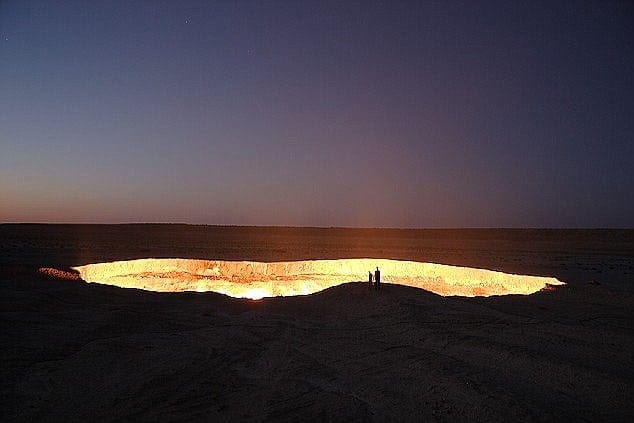 The Door to Hell

The Derweze in Turkmenistan – or, as the locals have called it, ‘The Door to Hell’. This giant hole of fire in the heart of the Karakum Desert is a crater made by geologists more than 40 years ago, and the flames within have been burning ever since.

Soviet geologists were drilling at the site in 1971 and tapped into a cavern filled with natural gas.
But the ground beneath the drilling rig collapsed, leaving a hole with a diameter of 70 meters.

Fearing that the hole would lead to the release of poisonous gases, the team decided to burn it off.

It was hoped that the fire would use all the fuel within days, but the gas is still burning today.
The flames generate a golden glow which can be seen for miles around Derweze, a village with a population of about 350.
The site is about 260 kilometers north of Ashgabat, the capital of Turkmenistan.

In April 2010, the country’s president, Gurbanguly Berdimuhamedow, visited the site and ordered that the hole should be closed but this is yet to happen. The area has significant oil and natural gas deposits. 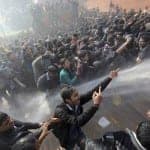