The coaches were manufactured at the Kapurthala Coach Factory with help from RDSO. Permanand Singh, chief designer said, “All the coaches are made of stainless steel to lessen weight. The train is so designed that the coaches will not pile up in an accident – a first in India. Capable of travelling at 160km/h, the train has a special air suspension for a smooth ride. Each of these coaches costs Rs 3 crore, against Rs 2.5 crore for a Rajdhani coach and Rs 1.5 crore for a normal AC coach.”

Railway minister, Mukul Roy said, “Double decker train services were available on Indian Railways since 1975. However, as there were certain problems in these services, despite their passenger carrying capacity the trains were not increased. In 2009, the services were revived with the new concept of air-conditioned coaches. And in 2011, the first air-conditioned double decker service commenced between Howrah and Dhanbad.”

Delhi Chief minister, Sheila Dikshit said that she took pride in the fact that the train was designed and developed at Kapurthala as she was born there. She said, “Jaipur-Delhi witnesses heavy traffic and this train will be a big relief to all businessmen and travellers alike”.

A passenger, Nadeem Khan said on the inaugural run that he came to know about the train on Friday morning. He said, “I cancelled my ticket on the Jaipur Shatabdi and stayed back for this ride. I never before saw the rail track from this height, and the T3 airport from so close”. 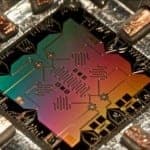 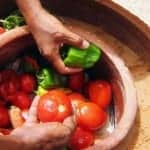