Today’s newspapers were flooded with Rajiv Gandhi’s birth anniversary ads. The papers were covered with colored, black and white, half page and smaller ads, many of which adjacent to each other. The cost of such ads is estimated between one crore and four crores each depending upon the factor if created by some private ad agency or by the Directorate of Advertising and Visual Publicity (DAVP). DAVP coordinates the advertising needs of  different government departments.

The government also knows about such press release campaigns. Recently Information and Broadcasting Ministry suggested to use a single advertisement for such occasions. It would save a lot of money. There should be just a single ad on behalf of all the ministries and DAVP would coordinate is=ts placement as it gets special discounts from newspapers.

It is responsibility of the Finance Ministry to make other departments follow this advice. Steel, Commerce and Power Ministries are most undisciplined in such a case. They often hire private ad agencies to design and run their ads.

A NGO filed a case in the court against the governments such huge expenditure of taxpayers’ money on self-promotion. The NGO was “Foundation for Restoration of National Values” which is having industrialist Ratan Tata on its board. It filed a Public Interest Litigation (PIL) in the Supreme Court.

The NGO said, “This wasteful and wholly unnecessary exercise, cannot be justified in any manner, particularly at a time when various development and beneficent schemes are not able to reach the masses and the unprivileged, owing to either paucity of funds or infrastructural deficiencies”. The petition said that the governments must be stopped from using public funds for “eulogising” and “glorifying” their achievements.

The Supreme Court agreed to hear this petition as well as an older petition that was to stop the government from spending crores on the birth and death anniversaries of political leaders.

This year in May, NDTV filed a RTI application and it came out that the Central government has spent Rs. 58 crore on ads in the last three years. Out of this huge sum, Rs 15 crore were spent on ads honoring Mahatama Gandhi and Rs 12 crore featuring BR Ambedkar.

Without including today’s expenditure, the ads about the Gandhi family alone (Jawaharlal Nehru, Rajiv Gandhi and Indira Gandhi) cost around Rs 22 crore.

Not just the Central Government any, but the State Governments of Andhra Pradesh, Delhi and Uttrakhand are also in the race. The RTI revealed that, Rs 8 crore have been spent within three days in Andhra Pradesh over ads of former chief minister YSR Reddy who died in a helicopter crash in 2009. 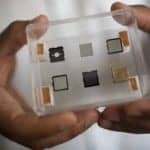 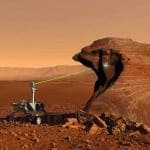