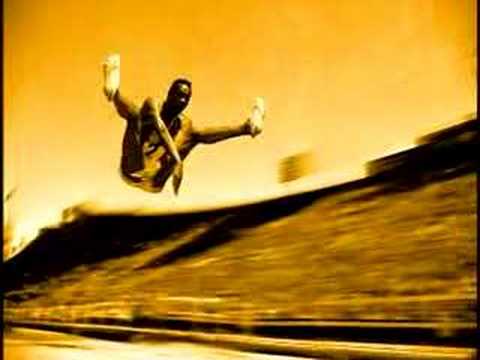 An amazing world record of long jump was set in 1968 by Bob Beamon. He made a crazy awesome leap of 8.9 meters. This world record is considered more amazing as it was set in Mexico City which is 8000 feet above sea level. The air is thinner in Mexico City and thus has less air resistance. Mexico City is further from the center of the earth and thus gravitational forces are smaller there. But does it have any effect on the long jump?

The radius of Earth is 6000 km and a height of 100 meters is very small as compared to radius of the Earth. This would not change the value of ‘g’ very much. But for a place like Mexico City which is at a height of 2240 meters above the sea level, the gravitational force is 99.93% of the force at sea level. It is not a big difference but can it help to set a new world record?

The second consideration is the rotation of the Earth. Locations closer to the equator rotate faster than the locations away from it. Mexico City is about 19.5 degrees above the equator and moves fairly fast. But when you move in a circle you are not exactly in a non-accelerating reference frame. To be in a stationary frame, you would have to add the centrifugal force directing away from the axis of rotation. The combination of centrifugal force and gravitational force gives us the apparent weight.

Here A and C parameters are the shape and size of the object. The important parameter is ρ, the density of the air. Air density decreases on increasing the elevation. But air density depends on pressure and temperature also which change with weather changes. However, this is an expression for the density of air that will be close enough.

As per this density model, at sea level the density of air is about 1.22 kg/m3 compared to 0.98 kg/m3 at an elevation of 2240 meters. so can this decrease in density can have as much impact as decrease in gravitational force?

It is not easy to calculate the motion of an object moving through air resistance. The acceleration of the object is constant without air resistance. In such a case, the following kinematic equations are valid:

With  air resistance there is a force that depends upon the velocity and velocity depends upon acceleration. Thus the problem becomes more complex.

The answer is to create a numerical calculation of the motion. An analytic solution (like the case with no air resistance) is solvable with some algebraic manipulations or sometimes with calculus. For the numerical calculation, we need to break the problem into a bunch of small steps in time. For each step, we can assume that the forces (and acceleration) are constant.

The smaller the time steps the problem is broken into, the better the solution. If we break up into time steps of 1 nanosecond, we would have to do 109 calculations for each second. Even a time step of 0.01 seconds would require 100 steps. So the best way would be to use a computer.

To see the effect of gravity and air density on a long jump we need to start with a basic model. Looking at Beamon’s record-setting long jump gives us some information about the initial velocity (assuming there was no air resistance). From the video (by counting frames), Beamon was in the air for 0.93 seconds. As he traveled 8.39 meters horizontally, his horizontal velocity was 10.1 m/s (22.6 mph).

The initial vertical velocity has the same magnitude (but opposite direction) as the final velocity. We can use the time he was in the air and the following kinematic equation:

This gives us initial y-velocity as 4.5 m/s. Now we can use these initial values in the numerical model.

There is not much difference but there is definitely some difference. The model shows that the jump distance should be 8.89 meters for a place at sea level with air resistance. While in Mexico City, the jump was of 8.96 meters, 7 centimeters more. Every little bit counts in a world record. But it doesn’t matters much in Beamon’s case as he had beaten the previous world record by outstanding 55 centimeters. Beamon’s leap was an incredible one. 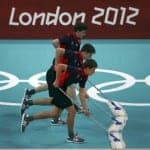 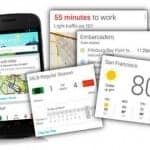