A new study by the Graduate Management Admission Council (GMAC) has indicated that graduates from full-time two-year MBA programmes in India this year with job offers expect an over 200% increase in earnings from their pre-degree earnings which is much higher than the 80% increase worldwide.

Demand for MBA graduates in the Asia-Pacific region is also expected to be strong in 2012, with an increase of 9% from last year, 80% of companies reporting plans to hire MBAs in the coming year.

GMAC Director (Research Communication), Michelle Sparkman Renz said, “This data is reflective of the global economy where Asia is stimulating growth. This is seen in the regional differences in goals companies are focused on in 2012, as well as where Asian firms plan to place talent in locations to work.”

Not only companies from Asia-Pacific are likely to hire more people than US firms but also are likely to place them outside their home region. “Asian firms were extremely growth focused including more than half of Asian firms looking to expand their customer base (52%) in the coming year, or expand geographically in 2012”, stated The Corporate Recruiters Survey conducted by GMAC. 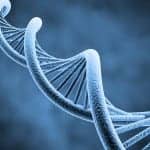 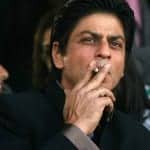