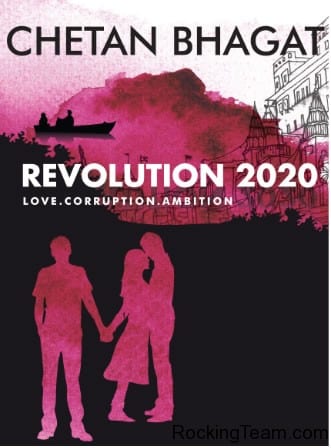 Revolution 2020 is the IITian writer Chetan Bhagat’s fifth novel after the best seller “ 2 states : the story of my marriage”.This time he takes the story to the holy city of Varanasi. The story revolves around three childhood friends Gopal, Raghav and Aarti, all belonging to different family backgrounds and having their own ambitions in life. Gopal wants to be a rich man, Raghav wants to change the world, Aarti wants to become an air hostess.

However the life around them changes after IIT-JEE and AIEEE results (same as in the case with almost every aspirant in INDIA). Gopal fails to deliver but Raghav secures a good rank giving him the star status overnight. Gopal is forced by his father to repeat the exams next year and meanwhile Raghav joins IT-BHU.

Aarti falls in love with Raghav and Gopal already in love with Aarti forms a love triangle and the story mingles around them till Gopal fails in his second attempt too and eventually is dragged into a link with Shukla-ji (the MLA) whereby he decides to open his own engineering college. Here Mr. Bhagat brings up a bold issue (CORRUPTION) in a superficial way ; ensuring neither to bore the readers nor outraging at the system. It is more like a touch and go.
The story focusses on how Gopal uses his intelligence to make money and how Raghav uses his intelligence to create a revolution.

How Gopal uses corruption as a tool to become a successful person while Raghav following his passion tries to change the world with his ideas is what the middle pages of the book are all about.
Deeper towards the end Gopal realizes that he is on the wrong path and tries to settle everything. End is pretty much melodramatic and almost resembles a Hindi movie climax scene in which one person sacrifices his love for the other.

The book is neither too great nor that bad. The story is predictable at times. Even if you are a fan of Chetan Bhagat, you might be disappointed if you expect a lot of revolutionary stuff going by the title. It is a regular love story (a bollywood movie types) written in a typical Chetan Bhagat style. 5 pt. someone remains my favourite amongst his books.
Yet its a good one for the light fiction readers. 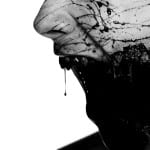 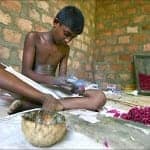