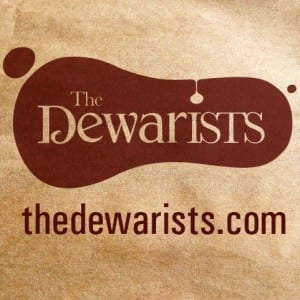 With the emergence of shows like MTV Coke Studio and MTV unplugged; we, the audience were only getting used to the Indian underground genre of the music here, that another show much more ambitious and vast in all sense came roaring to the forefront. At Star world, The Dewarists-part musical documentary, part travelogue is a rhythmic experiment to explore the creation of original music while travelling across the length and breadth of our nation.

The show has been generating a lot of curiosity among the people for its unique style and the passionate involvement of some vivid names in the music industry. The show not only aims at capturing the sound and culture of the place it takes the artists to, but also promoting independent music in India. The resultant songs have been mesmerising, which keeps echoing in your mind and soul.

A whole lot of musicians from different regions, playing different genres have came together to create magic yet again. The concept as it appears is very bright and fresh. But the challenges to execute such an approach are undeniable. The producer, Babble Fish Productions has managed to get many stellar performers and music composers from different corners of the country together. They bring along with them their own flavors and music sense. Moreover, the places that the host Monica Dogra takes them to, has an influence on the song they create.

The show is proud to have artists like Imogen Heap, grammy award winning English singer, composer and song writer, along with Vishal & Shekhar, who are a dynamic music composer duo from India. Their song “Minds without fear” has been inspired by Rabindra Nath Tagore’s work. Another song worked upon by Shantanu Moitra, who is an Urban folk musician and the duo of Zeb and Haniya, hailing from Kohat, Khyber Pukhtunkhwa, Pakistan is a beautiful number. The singer duo is known for a particular style of music which has alternative, art folk and blues. The lyrical support has been given by Swanand Kirkire.

Another song called “I believe” composed by India’s veteran rock bands Parikrama and Agnee forms a great number. It is sung by Shilpa Rao. The pioneer of fusion rock genre in India, Indian Ocean has created the song “maaya”. The vocals of Mohit Chauhan has spiced up the song which has sufi rhythm and revolutionary feel. Another example of exotic location and a song inspired is called “Khule da rabb”, sung and composed by the duo of Rabbi Shergill and Papon with Kaziranga in the backdrop. Shergill, who is Punjab’s true urban balladier and Papon, whose boundary free renditions have traces of pentatonic mangaloid notes.

There are a total of 10 songs. The description above is only a glimpse through it! The artists like Karsh Kale, Rajasthan roots, Shubha Mudgal, Midival Punditz, Humble the poet, Baijin Dharmajan, Raghu dixit and Shree have put in great efforts to create some real special music which reverberates and keeps you soaked in the harmony.

The vibration & phoneme of the place and the involvement of each musician is very evident from the sounds they have created. Its a new league of music emerging in India, and we surely are loving it!!

A video from the series “The Dewarists – I Believe (Agnee, Parikrama & Shilpa Rao)” 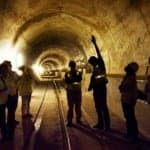